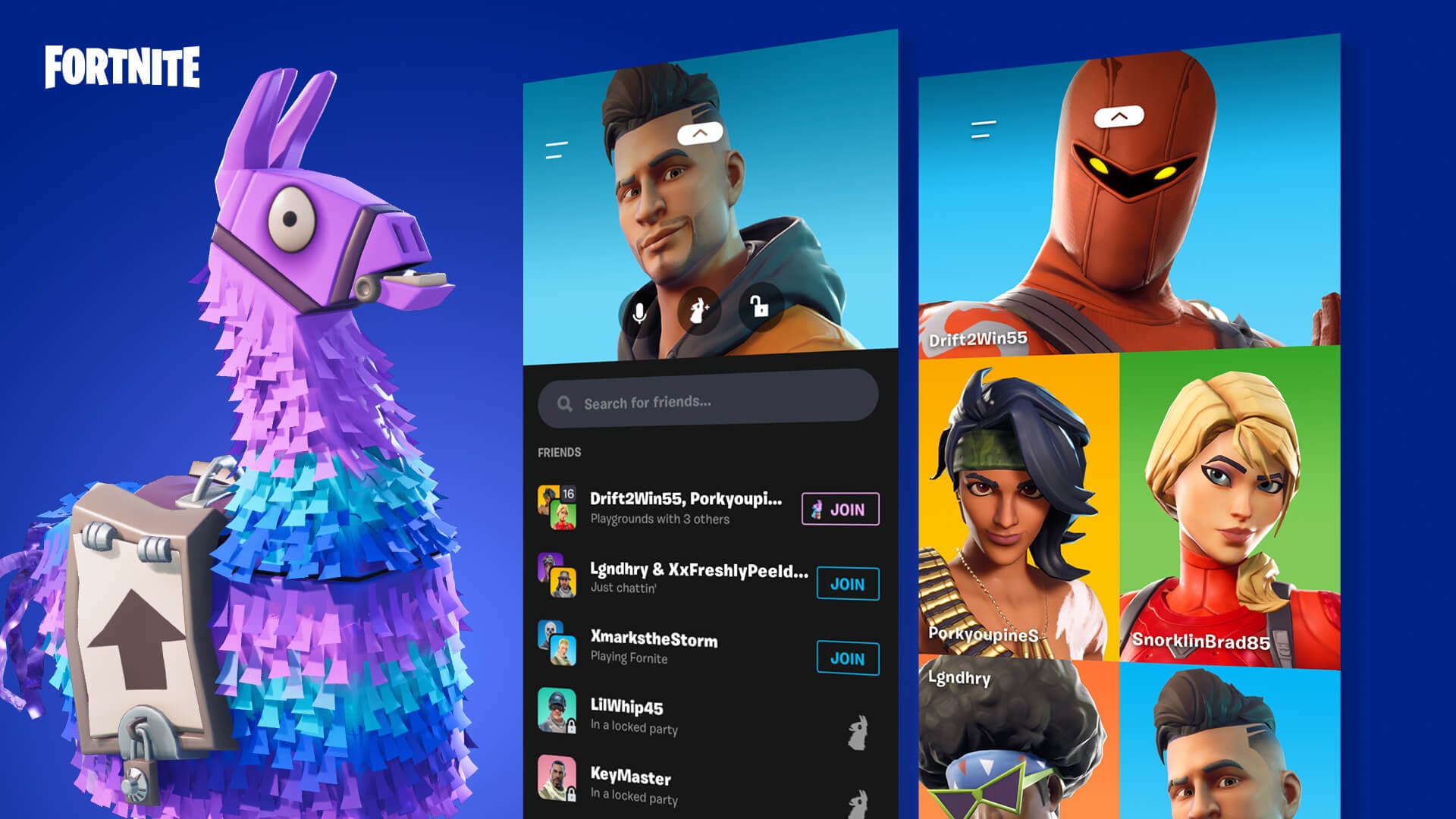 Epic Games has another new patch for the ever-popular third-person shooter, Fortnite. We’re here to break down everything you need to know about what’s being changed and added to the game’s Battle Royale and Save the World modes today.

Battle Royale players have a new party hub to chat in, if they’re playing on mobile devices. Furthermore, Support-a-Creator codes can now be used for real-money offers in-game, with more information coming later this week in an upcoming blog post.

For Save the World players, the “Cloaked Star Hit the Road, Part II” quest is live, helping Cloaked Star get to the radio station.

There’s also a new weapon in the form of the sound-based Deciblaster, bouncing foes up to five times.

Hang with friends while you’re on the go so the party never stops. See who’s online, party up, and play together. (Or just voice chat!) For a deeper dive on Party Hub, read the FAQ here.

Final Storm Circles will no longer occur at the following locations (in core and Arena modes):

Support-a-Creator codes can now be used for real-money offers in-game.

This week, help Cloaked Star with part 2 of his journey to the Radio Station! Load up the truck with more crushing silence and get ready to Hit the Road with a new weekly quest.

The Deciblaster bounces into the Weekly Store!

Social Parties in Save the World now support up to 16 players.

Fortnite is available on Switch, PS4, Xbox One, PC and mobile. For more on the game, check out our guide on how to complete this week’s “Team Spirit” mission, last week’s patch notes, and where to dance in front of no dancing signs.

ESO Greymoor Expansion Delayed by a Week Due to COVID-19

New Observer Teaser Suggests Next-Gen Remaster Is On the Way