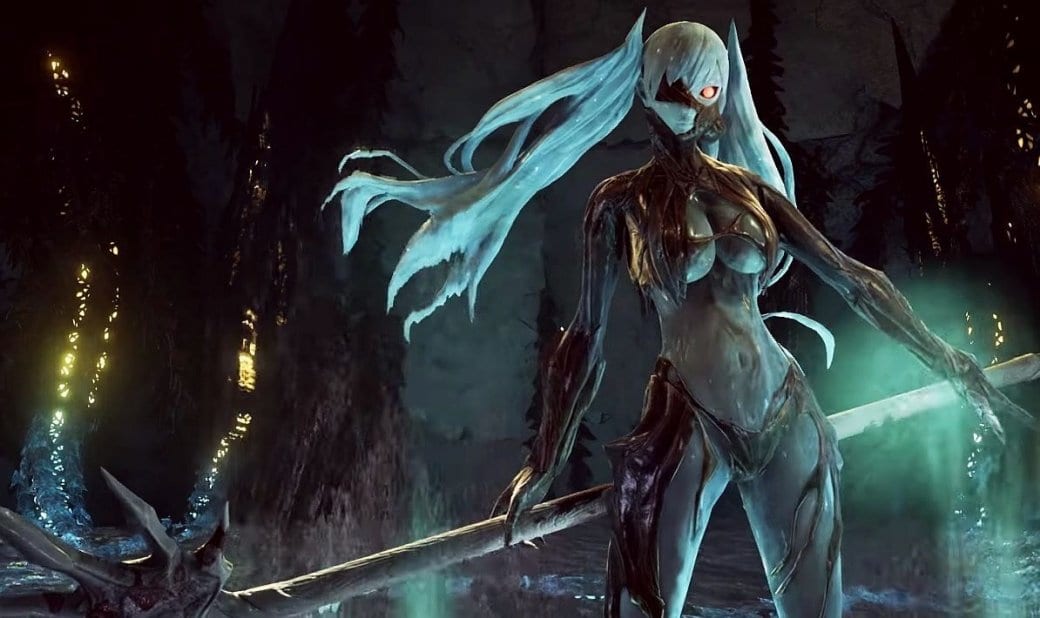 Code Vein is filled with fearsome bosses that’ll test you and your partner’s mettle. They’re easily the most climactic moments of the game. The Invading Executioner is the boss of the Howling Pits, and one tough customer. That’s why we’re here to help you figure out how to beat Invading Executioner in Code Vein.

How to Beat Invading Executioner in Code Vein

Like usual, before you jump into battle double check your equipment and make sure you have your strongest Blood Veil and weapons equipped.

One thing you absolutely want to be prepared for is the slow status effect, as Invading Executioner can liberally dish it out. There are a couple of different ways of dealing with this, luckily.

You can bring Anit-Slow medicine into battle, which can be purchased from Coco at the Home Base. Alternatively, the Mercury Blood Code, which you get from Coco, has a Slow Removal Gift.

For 2 Ichor you can remove Slow or use the Gift to buff yourself against slow.

Because of this Mercury is probably the best Blood Code to go with for Invading Executioner, however, you can easily pick another fast one with buffs, like Hermes or Prometheus.

For a partner, both Louis and Yakumo are good choices, but Louis’ speed is certainly a help here. Don’t worry about healing them at all, just let them do their thing

There are a few attacks you’ll want to watch out for in this battle.

Invading Executioner isn’t too tough of a boss to beat, if you go in with a plan. Your best bet is to not stay in one place for too long, keep moving constantly.

Attack the boss in waves. What we mean by that is dodge an attack, move in and do a couple hits, then move right back out again. Don’t spend too much time attacking as the boss is quick to respond.

Luckily, because Invading Executioner uses sweeping attacks, you can usually dodge the attack and roll right around to its back.

As you do damage the boss will occasionally fall to its knees, which is your cue to close in and unleash attacks until it stands back up.

That’s everything you need to know about how to beat the Invading Executioner in Code Vein.

Constantly bump up your damage in the battle with elemental boosts like lightning or fire. If you happen to get the Slow status, immediately use medicine or a gift to get rid of it, as it’ll make it impossible to dodge attacks otherwise.

You can use ranged Gifts to pepper Invading Executioner, if you want, but like we said above it’s better to conserve.

Be careful when you try to heal, and make sure you aren’t in range of the boss hitting you, as you don’t want to waste one of your precious recoveries.

You might have to take the boss on a few times, but once you get the hang of its attack patterns, you’ll be good.