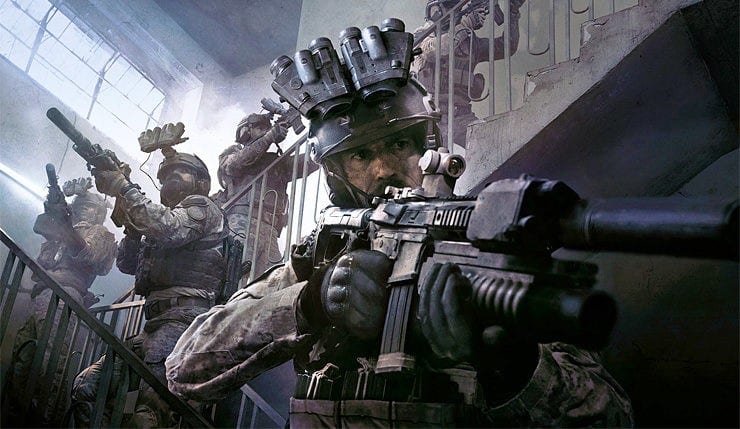 CoD Modern Warfare is a reboot of the mini-series that really catapulted Call of Duty into the stratosphere as an iconic first-person shooter. Before its full release later this year, Infinity Ward are running several betas for players to check out the online. Here’s what the max level cap is in CoD Modern Warfare’s beta.

Modern Warfare Beta Max Level Cap – What It Is

When the Modern Warfare beta first started on Sept. 13- Sept. 15 on PS4, players could only level their characters up to level 10. This was the max level cap for that weekend.

However, with the release of the Modern Warfare beta on Xbox One and PC alongside the PS4 again this weekend, Infinity Ward has upped that cap.

The beta now has a max level cap of 20 for players to grind out over the weekend running from Sept. 20 – Sept. 22.

How to Level Up Fast in Modern Warfare Beta

If you’re simply looking to reach that max level as fast as you can in the beta over this weekend, focus solely on playing objective-based game modes. While Team Deathmatch may be more your type of game mode, it’s also generally slower for earning XP.

Game modes like Domination or Headquarters tend to go on for longer, and offers points for capturing objectives, too.

You also want to spend some time fine-tuning your class and weapons loadout when you’ve got chance. Using the right weapon with a good sight for the map you’re playing on will go a long way in helping you rack up a ton of kills, keep a positive K/D and help you reach the beta’s max level cap before the weekend ends.

Finally, spend some time getting to know the maps in the Modern Warfare beta. The more time you spend now learning the layout and general choke points, the better you’ll do long-term.

It’ll also give you the upper-hand when the game officially releases too, as new players try to learn them while you’re already speeding your way around.

That’s everything you need to know on what the Modern Warfare beta’s max level cap is. For more tips, tricks, and guides, be sure to search for Twinfinite, or check out more of our guides on the beta below.