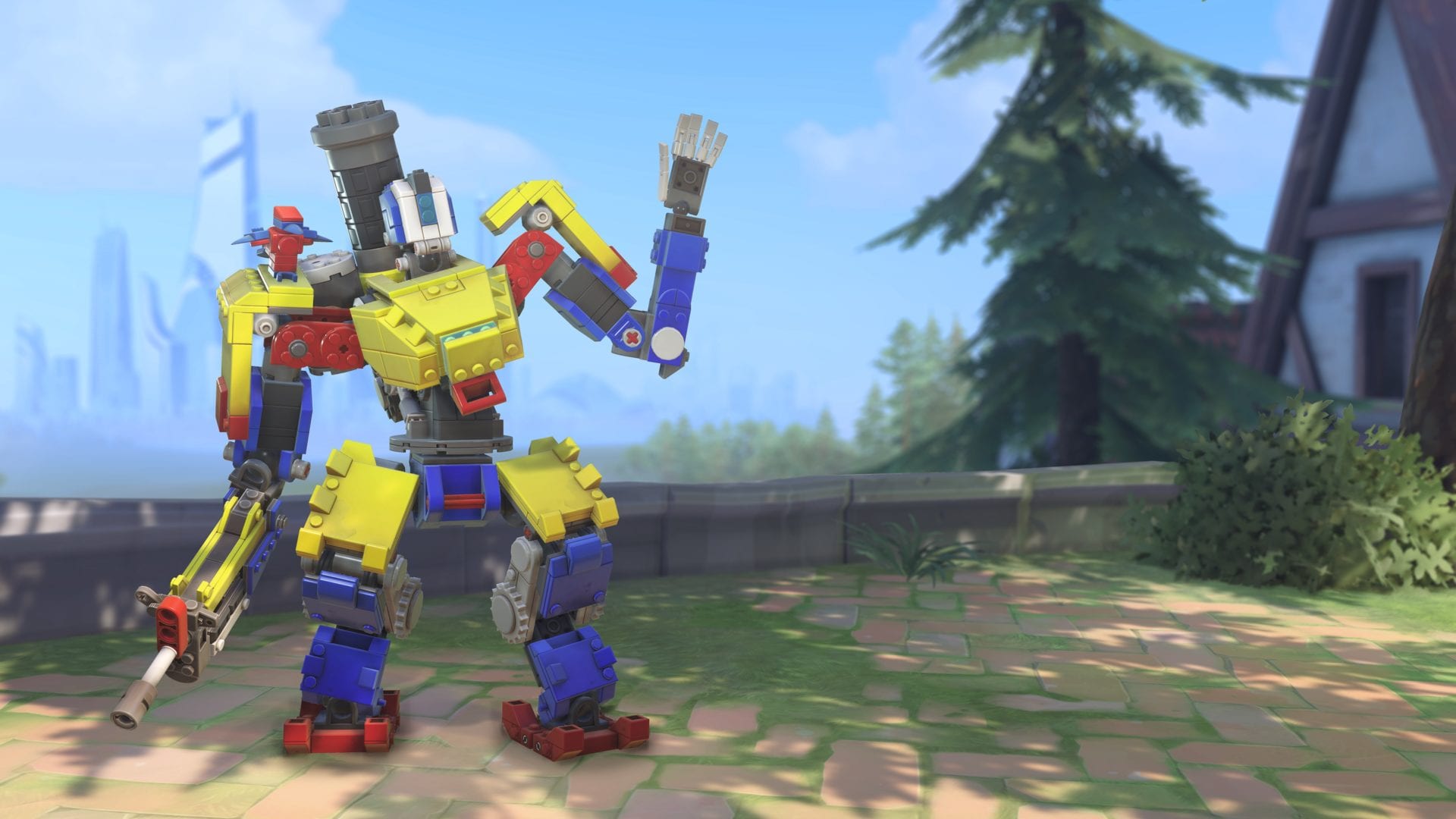 Blizzard might not have teamed up with TT Games to produce an actual Overwatch Lego game (yet), but you can get your Overwatch Lego video game fix with an official Bastion Lego skin. However, you have to earn it.

Starting today, players can participate in Bastion’s Brick Challenge. The titular challenge is actually quite simple, as players only need to win Quick Play, Competitive Play, and Arcade matches to get Lego-themed rewards.

Participants who win three games will receive player icons that feature Bastion and his bird bestie Ganymede in all their blocky glory. Meanwhile, the six game victories milestone rewards players with sprays of Pharah and Mercy Lego minifigures, but the biggest reward lies at the end of the Lego brick road.

After nine victories, participants will receive the coveted (and legendary) Brick Bastion skin. Unlike the official Lego Overwatch sets that feature Bastion’s classic and Omnic Crisis skins, Brick Bastion is made from an assortment of yellow, blue, red, grey, and white bricks. The wild and contrasting colors set the skin apart from Bastion’s other cosmetic options, and I honestly hope we get to see brick skins for other characters down the line.

If you can’t find the time to play Overwatch, Bastion’s Brick Challenge also offers rewards for audiences who tune in to Twitch streams and link their Twitch and Blizzard accounts. Of course, this only applies to those who watch participating streamers such as Valkia, YongBongTang, Daniikills, and Tyr0din; so be sure to visit the Bastion’s Brick Challenge page for a full list of qualifying Twitch channels.

The Lego goodness doesn’t end there. The official Blizzard Gear Store is currently offering 20-50% off on Lego Overwatch sets. The sale will last through the challenge and only applies to the US Gear Store, but limited international shipping is available if you really want a cute little Omnic Crisis Bastion kit to adorn your desk.

Bastion’s Brick Challenge will end on September 30th, which gives you thirteen days to earn all the rewards. Good luck and happy building.