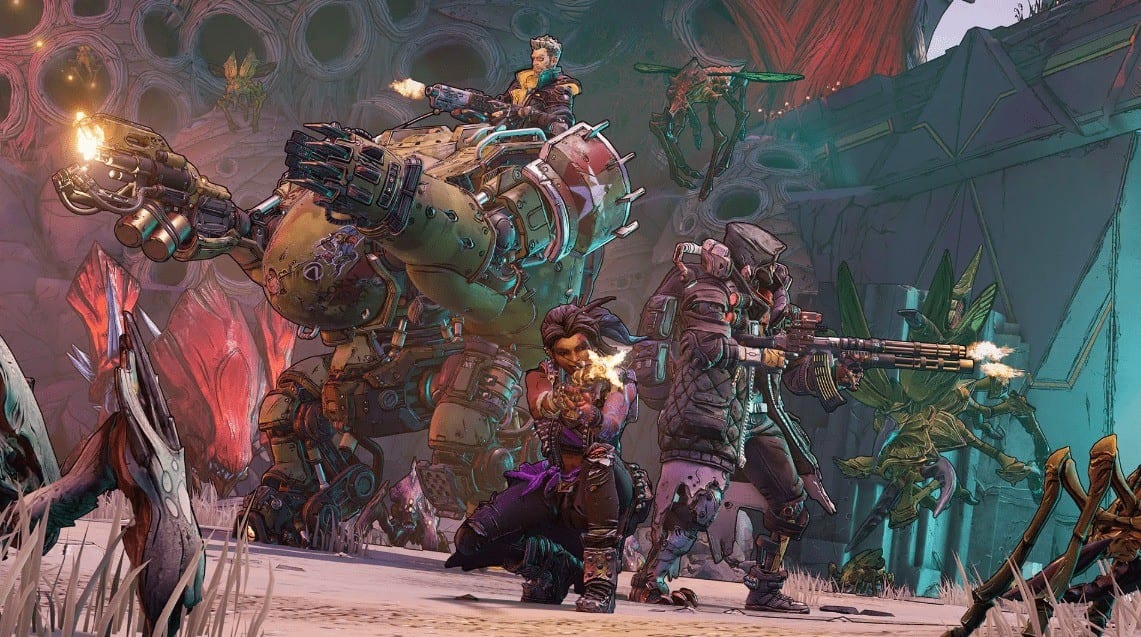 Hopefully you enjoyed Borderlands 3’s “loot cave” while it lasted. Today, unsurprisingly, Gearbox has hot fixed out the 100% chance spawn rate Loot Tink at the Jakobs Mansion area, and also toned down the amount of loot that drops from Mayhem Mode.

Both of these tactics emerged as popular ways to farm legendary weapons in Borderlands 3.

Legendary weapons are highest rarity calibre in Borderlands 3 and often they are the best weapons you can find as they have unique perks and higher stats that set them apart from common, uncommon and even epic-class guns.

What people were doing was spawning into an area of the game known as Jakob’s Mansion to encounter a Loot Tink enemy. This enemy functions similar to the Treasure Goblins from Diablo 3. They run around and drop loot, and when you kill them, they drop a bag that contains a large amount of loot comparable to a boss.

You could kill this enemy, leave, come back, and rinse and repeat. If you did this on Mayhem Mode – a higher difficulty mode that improves the loot rate – you could have more legendary weapons than you could fit in your inventory/bank in no time

While Gearbox wants people to farm for legendary weapons, they clearly didn’t want it to come that easily, so the nerfs really aren’t unexpected. We’ve seen it before in other similar games like Destiny.

It probably won’t be long before players find another way to farm loot effectively, we’ll just have to wait and see what emerges in the coming days.

Below you can check out the full list of hot fixes via Gearbox: