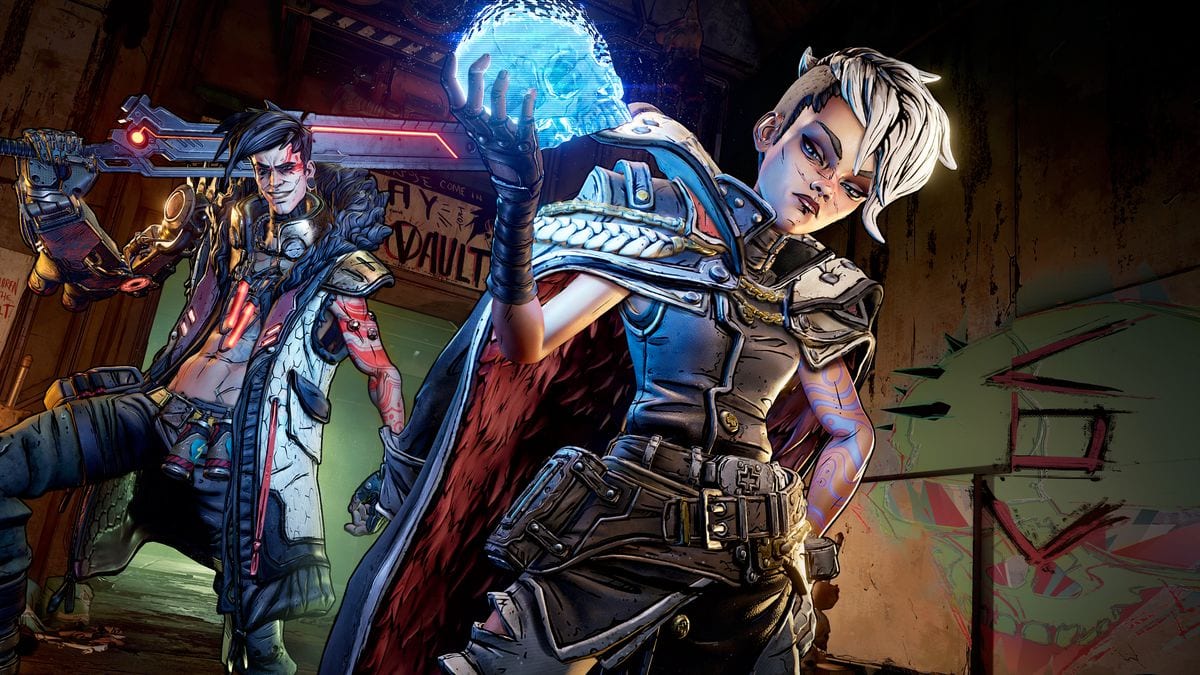 The Floodmoor Basin area in Borderlands 3 has a metric ton of Crew Challenges to find and complete, so you’ll definitely want to know the location of each ahead of time if you want to save yourself some headaches.

Standing as one of the most densely packed areas when it comes to Crew Challenges, the Floodmoor Basin in Borderlands 3 has 11 locations you’ll need to find: Two Crimson Radio Stations, two Dead Claptraps, two Hijack Targets, one Legendary Hunt, three Typhon Logs and a Typhon Dead Drop.

These Challenges are likewise scattered throughout the area’s massive map, so you’ll want to use the directions below to make sure you don’t miss any by a wide berth.

The first Crimson Radio Station in Borderlands 3’s Floodmoor Basin area can be found to the Northeast of the Drop Pod Fast Travel Station, on a platform near the base of a lumber transport line.

Head to the point on the map above, and then grapple your way up onto the platform using the scaffolding around it.

You’ll want to head toward the back end of the scaffolding for the best grappling points, or else you’ll have to make some far more difficult jumps and grapples to get to the Station’s platform.

The second Crimson Radio Station can be found in the Timbermills section of the map, to the North of the Reliance Fast Travel Station.

Head into the Timbermills and head along the righthand side of the area until you reach a water silo surrounded by crates. Grapple up the crates to reach the top of the water silo, and you’ll find the Station surrounded by some other machinery.

The first Dead Claptrap you can find in Borderlands 3’s Floodmoor Basin area is in the Lumberton Junction settlement to the North of the Knotty Peak Fast Travel Station.

First, head toward the custom waypoint on the map above to enter the settlement. Then, continue through the settlement until you come to a large red building to your left.

Make your way around the building until you find a small space underneath a platform that you can enter. Go into the space, and the Dead Claptrap will be to the right of a model ship on a table.

The second Dead Claptrap can be found to the Northwest of the Knotty Peak Fast Travel Station. Head to the point shown on the map above, and then look for a tire streak leading to a gap in-between a rock formation and a splitting vine.

The first Hijack Target you’ll need to find in Borderlands 3’s Floodmoor Basin area is at the uppermost point of the settlement found to the north of the Drop Pod Fast Travel Station.

To reach it, head to the custom waypoint shown on the map above. Once there, you’ll find a shack that you can grapple onto the top of.

Grapple your way onto the roof, and then continue forward to find the Hijack Target below you on a platform.

The second Hijack Target is located at the top of an isolated area North of the path leading up to Knotty Peak.

To reach it, you’ll need to use a ramp, marked with a custom waypoint on the map above, to make a jump toward it with a vehicle. Not only that, but you’ll need to jump out of the vehicle you use just before you land to ensure you don’t overshoot your landing.

You’re best bet for pulling this off is to use a Cyclone with a standard boost. Start your acceleration from where the cyclone marker is on the map above, and use your boost as you approach the ramp.

After hitting the ramp and making your jump, let off the boost as you approach the isolated area.

This should allow you to reach the area, exit the vehicle and acquire the Hijack Target.

The Legendary Hunt in Borderlands 3’s Floodmoor Basin area can be found in the Western-most portion of the Primeval Grotto section of the map. Simply head to the point marked on the map above, and the creature you’ll need to defeat should appear.

The first of the Typhon Logs in Borderlands 3’s Floodmoor Basin area can be found in a settlement to the North of the Drop Pod Fast Travel Station.

To reach it, head into the settlement through the entrance located near the vending machines and Catch-a-Ride Station on the map above. Make your way through the settlement until you see a red building with a platform and a grapple-able crate to its right.

Grapple up onto the crate to reach the platform, and the Log will be directly in front of you.

The second Typhon Log can be found on an overlook to the South of the bridge leading toward The Anvil. Head to the point marked on the map above, and then look to the right of the bust at the overlook’s center to find the Log.

The last Typhon Log can be found in the Primeval Grotto, in the Northwest corner of the map. After entering the section of the map, head east until you see some rocky outcroppings you can grapple up onto.

Head up the outcroppings, and then head slightly to the right toward a tree with hanging orange fruits. The Log will be at the tree’s base.

To get to it, head to the custom waypoint shown on the map above. It’ll be in the Northeastern corner of the map. Once there, head north to find a narrow passage leading to a small house between some large rocks. The Dead Drop will be on the side of the house.

That’s the location of every Crew Challenge in Borderlands 3’s Floodmoor Basin area. For more on the game, be sure to check out our Borderlands 3 guide wiki as well as our guides on how to get the rare Loaded Dice and Annexed Jericho gear.