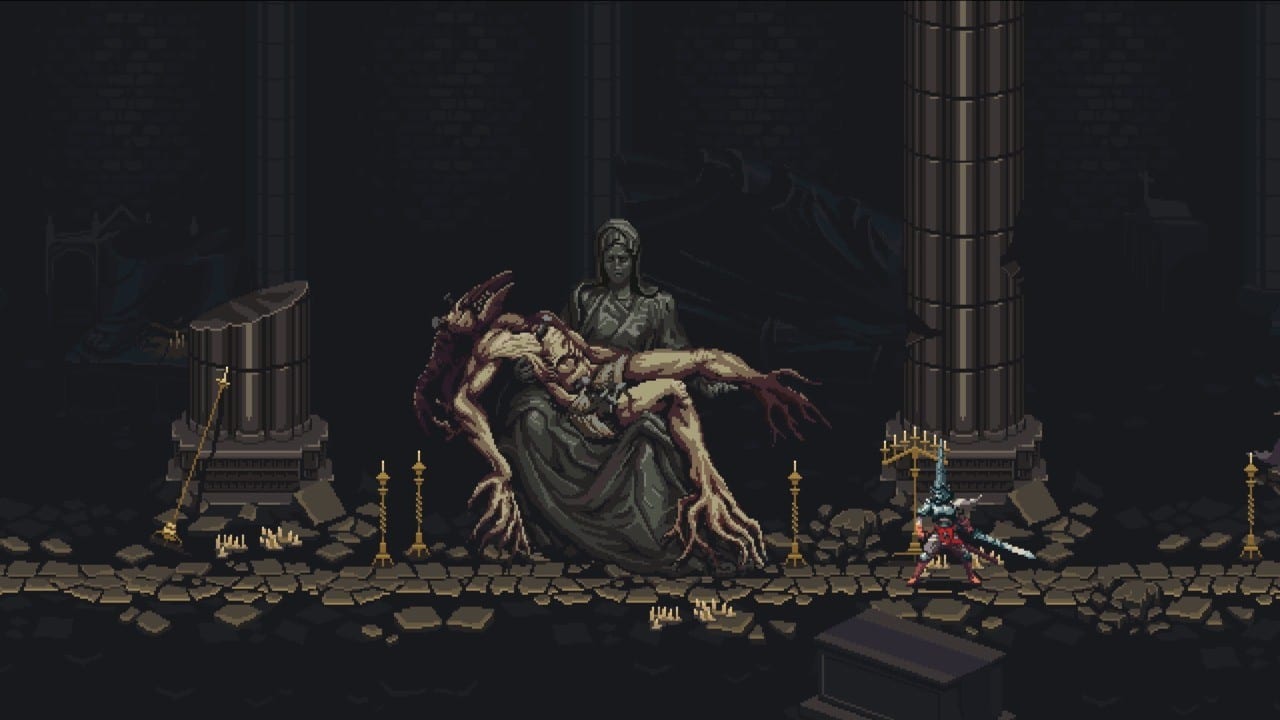 Developed by The Game Kitchen, Blasphemous is a brand new 2D Metroidvania game released for consoles and PC. It also features some pretty challenging action combat, along with certain gameplay design decisions and elements similar to the Soulsborne games. Here’s what you need to know about the double jump feature in Blasphemous.

Is There a Double Jump in Blasphemous?

In short, no, there actually isn’t a double jump ability in Blasphemous, which is somewhat unusual for a Metroidvania game.

You will, of course, encounter platforms that can’t be reached with just a single jump. However, the game provides you with relics that allow you to get past these obstacles easily. So while you won’t get a double jump in this game, we can still tell you how to reach those higher platforms.

Key to the Chamber of the Eldest Brother

First things first, early on in the game you’ll encounter an NPC named Candaleria in the Mercy Dreams area. This is an NPC and merchant who can sell you very useful items, and you’ll want to purchase the Key to the Chamber of the Eldest Brother.

This key item only costs 400 Tears, so it shouldn’t break the bank too much at that point in the game.

Purchase it, and continue on to the Brotherhood of the Silent Sorrow. In this area, head towards the northeast corner of the map, where you’ll find a locked door.

This door leads to the Chamber of the Eldest Brother, which can only be opened with the key you just bought. Open it up, head inside, and you’ll be able to retrieve a relic called Blood Perpetuated in Sand.

With this relic equipped, you’ll now be able to reach higher platforms without the need of a double jump ability. As you approach the high platforms, new blood platforms will form, allowing you to jump on them, reaching further heights and accessing new areas in the game.

That’s all you need to know about the double jump ability in Blasphemous. Be sure to search for Twinfinite for more tips and information on the game.