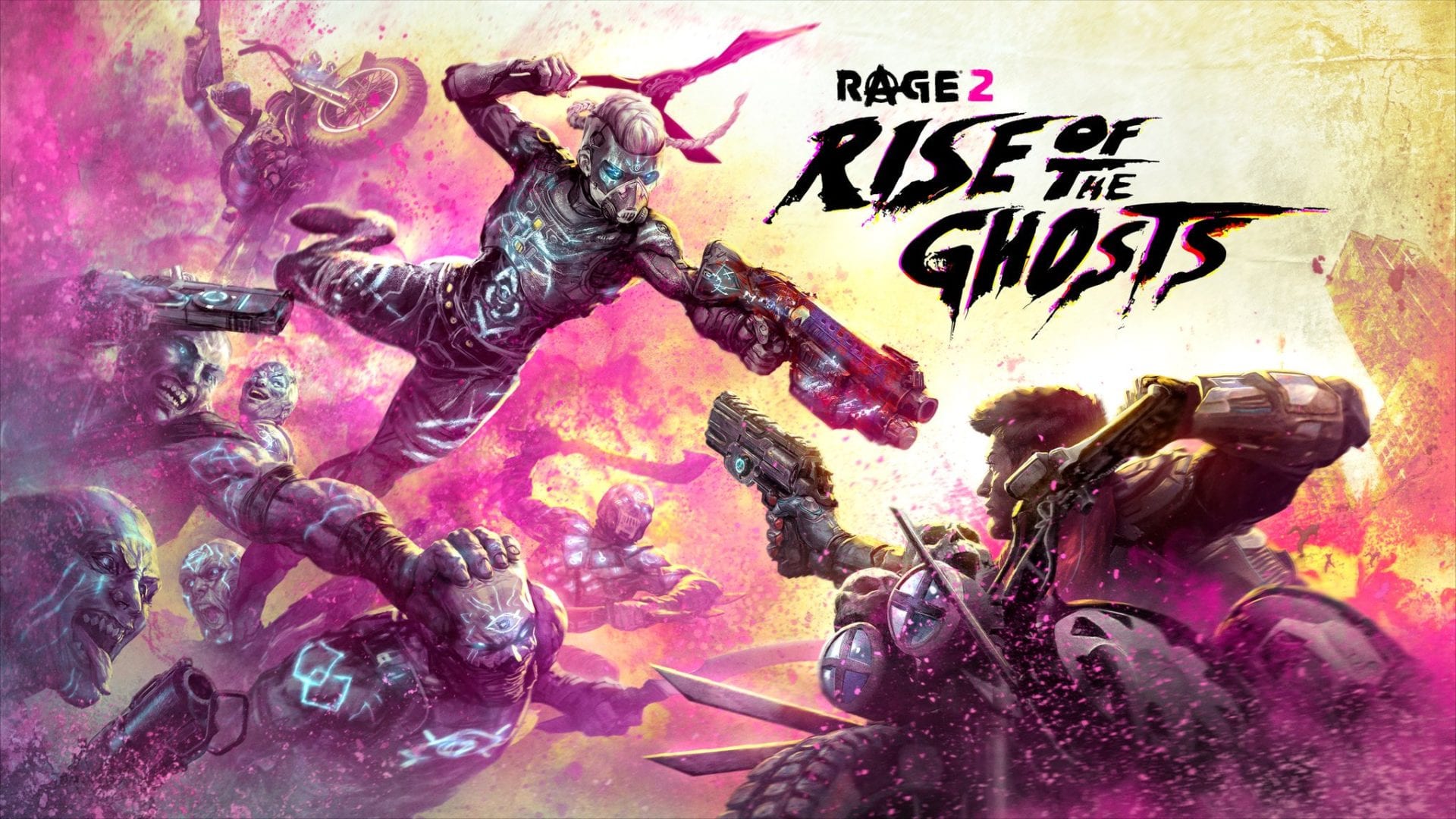 In a Tweet posted by Bethesda on Sept. 9, the company revealed that Rage 2’s first DLC is titled Rise of the Ghosts and focuses on the wasteland raider gang of the same name.

“The Ghosts have been busy building an army, and turning their twisted vision into a reality,” the post reads. “Take them on in a new story, with a massive new region to explore, and a new weapon & ability.”

While specifics on what the new area, weapon and ability will entail for players wasn’t provided, the post did come with a teaser image for what they can expect from the expansion. In it, several Ghosts swarm the player character at once, emerging en masse from a cloud of purple smoke with guns and melee weapons in hand.

The DLC likewise received a release date of Sept. 26, giving Rage 2 players only a few more weeks to wait until they can get check out the experience for themselves.

The full announcement Tweet can be found down below.

Released on May 14, 2019, Rage 2 is the latest entry in the post-apocalyptic first person shooter series. In it, players take the role of Walker, a survivor of an attacked settlement who swears vengeance on the faction responsible, traversing the wasteland of the world in search of them.

The game received an average reception from fans and critics alike, with many praising the gameplay but lamenting some of the incongruous open world design and characters.

We felt largely the same way when we checked out Rage 2 for ourselves. Our full thoughts from the time can be found here.

Rage 2 is currently available on PlayStation 4, Xbox One and PC. For more on the game, check out our coverage of the game’s latest update and what it brought to players.