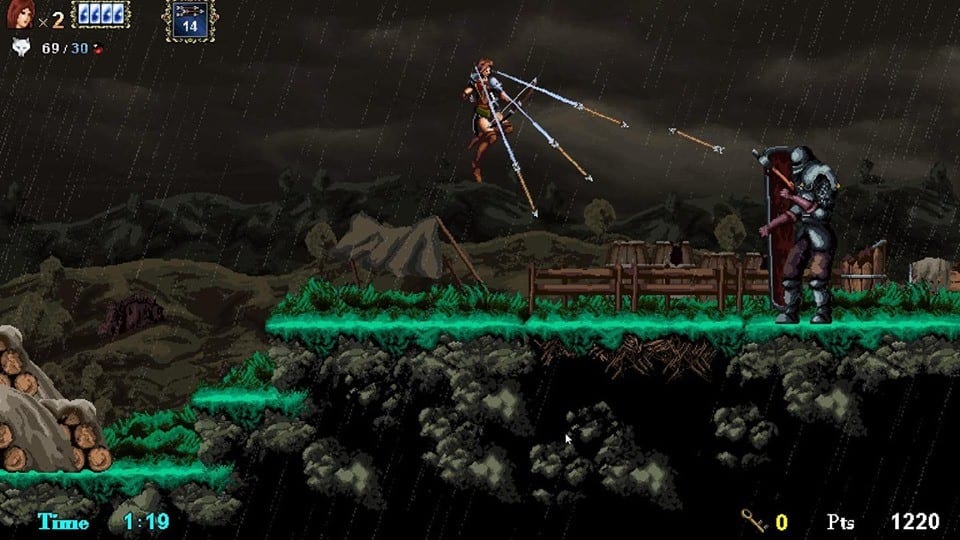 Today Migami Games released the official trailer for their upcoming action-adventure shooter Wallachia: Reign of Dracula, showing off the game’s medieval atmosphere and action-packed gameplay, as well as an interesting Bloodstained tie-in.

Migami is a Paris-based indie studio famous for its Castlevania fan games, most notably Castlevania: The Lecarde Chronicles and its sequel. Wallachia looks to follow in similar footsteps, telling the story of Dracula’s second tyrannical reign, long before he fell into legend.

Dracula has focused his rage on a particular group of nobles, massacring and enslaving the community. One girl, Elcin Floarea, manages to escape with the help of a German alchemist, who takes her in as his apprentice. Years after her rescue, and learning the magic arts, Elcin ventures to the 1600s Ottoman court, with the aim of assassinating Prince Dracula.

The trailer does a great job of telling this story with authentic-feeling ink and parchment style stills and emotive narration from voice actress Kira Buckland. It also offers a great look at the fast-paced gameplay which, besides platforming, consists of archery and magic-based combat.

Perhaps the most interesting thing about this trailer, however, is the news that players can obtain an unlockable bonus costume from Bloodstained: Ritual of the Night – with the costume being a copy of Miriam’s main outfit from the game.

In addition to this, Ritual of the Night‘s Twitter account retweeted the trailer, as well offering up supportive comments in the replies, calling Wallachia “a real old-school style gem”. According to them, the dev teams have been sharing builds and they explain that the costume will be a free tie-in that can be earned as you play.

At the moment it’s unknown if there’ll be any other links between the two games in the future but the fact that the studios are friendly implies there could be something in the future.

Wallachia: Reign of Dracula is being published by Storybird Games and is set to come to PC and Switch. There’s no concrete release date set yet, but there is a demo available, which you can find on Migami’s website and FaceBook page.