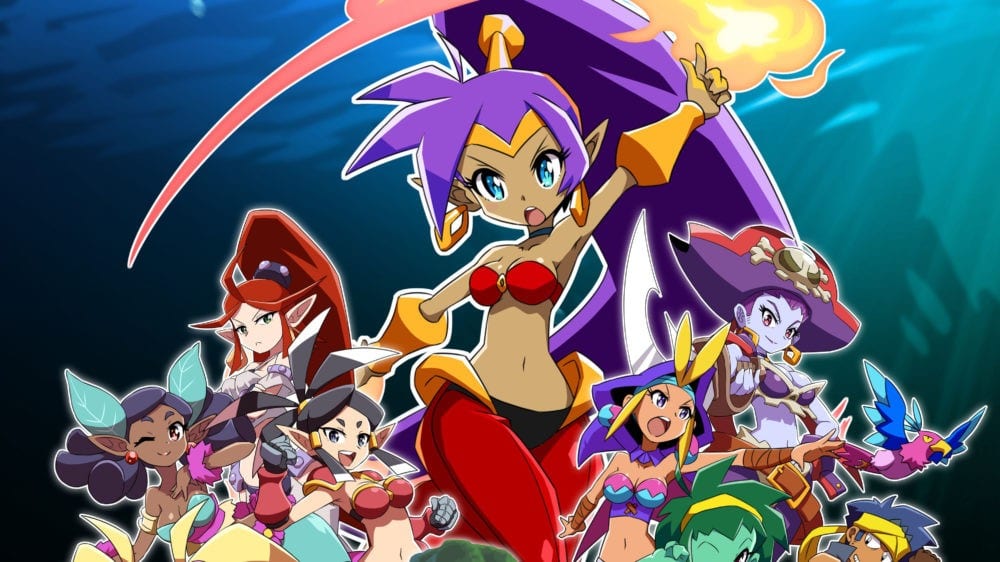 Today Wayforward announced the official title and new details of the next Shantae game, which was previously simply called Shantae 5.

The game will be titled Shantae and the Seven Sirens.

As we already know, it’s coming for Nintendo Switch, PlayStation 4, Xbox One, PC, and Apple Arcade. Release date and pricing are still to be determined.

We also get the official key art and some lovely screenshots, on top of more details about the game:

Having previously announced the next game in the Shantae series back in March, independent game studio WayForward is proud to reveal the official title for the hotly anticipated action-adventure-platformer: Shantae and the Seven Sirens.

“Formerly referred to as Shantae 5, Shantae and the Seven Sirens sends the belly-dancing, hair-whipping, half-genie hero to a tropical island where Shantae and her friends encounter other Half-Genie allies, but they soon learn there’s trouble in paradise. As Shantae gets caught up in the island’s sinister secrets, she’ll use all-new dance abilities and instant-transformation Fusion Magic to explore the nonlinear, interconnected world where she’ll visit multiple towns, overcome treacherous labyrinths, and battle dastardly bosses. The game also features a new collectible card system that grants players the freedom to augment Shantae’s powers to suit their own style of play.

Releasing on Nintendo Switch, PlayStation 4, Xbox One, PC, and Apple Arcade, Shantae and the Seven Sirens is the fifth entry in the Shantae series, which originally debuted on Game Boy Color in 2002. Additional information about the game, including the distribution, pricing, and release date, will be announced as it becomes available.”

You can check the screenshots and key art out below. If you want to see more, you can also enjoy the opening animation created by Studio Trigger.