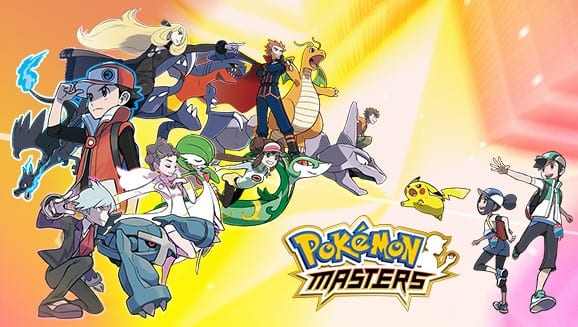 Now that Pokemon Masters has changed battling you can throw out those old type charts — until Sword and Shield release. It’s time to learn how the new type effectiveness system deals with strengths and weaknesses.

Pokemon games normally require you learn or at least use some way to figure out type effectiveness with no in-game charts to help you along the way. It’s easy to figure out, but you have to search for it.

Pokemon Masters makes this so many times easier than past titles. Each Pokemon you battle against will have an icon above their head that indicates which moves will be super effective against it.

This is a massive change from past games since it tells you what your opponent is weak to in the middle of a battle, but it also narrows down their weakness to only one type.

Dual-typing has been a feature in Pokemon since the first game. The final evolution of one of the most popular starters from the first game is the Fire/Flying Charizard.

Besides the typical weaknesses of Water, Ground, and Rock, the Flying-typing also makes it weak to Electric moves, extra weak to Rock moves, and immune to Ground moves.

Pokemon Masters changes this up by narrowing down weaknesses to a single type. Even if your opponent has a frail Pidgey, it won’t be weak to Rock-type attacks unless the Rock icon appears above the Pokemon.

That means you’ll want to make sure that you’re attacking with a Pokemon that has the advantage in that situation. Just make sure your attacker is the same type as the weakness icon to make the most of your strengths.

This change may rub some long-time Pokemon fans the wrong way, but it’s an incredibly inviting feature to new players who will also get to encounter and learn about all the best trainers from past games.

That’s all there is to know about type effectiveness in Pokemon Masters. If you want to learn how to use a new feature that will help you make the most of move effectiveness, then check out our Type Matchup guide.