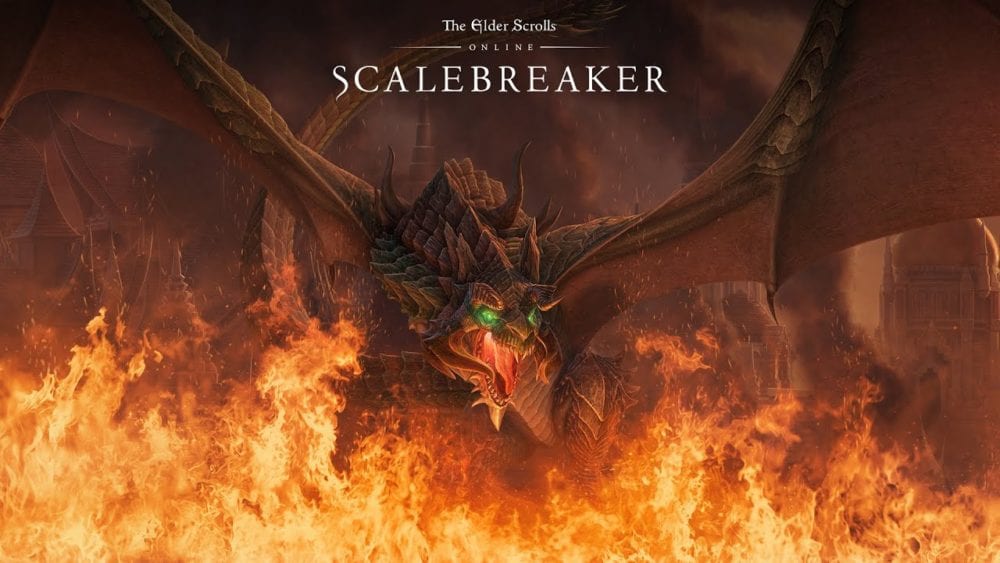 Bethesda has released its official trailer for The Elder Scrolls Online: Scalebreaker DLC dungeon pack which launched today on PC and comes to consoles tomorrow. Blue dragons, yellow spiders, and giant stone gargoyles are just some of the fantasy monsters on display in the two or so minute sequence.

The DLC is set to expand on the latest major expansion, Elswesyr. Two new dungeons present new stories and challenges for players to experience; Lair of Maarselok and Moongrave Fane tasks players stopping a vampiric ritual and a Dragon’s corrupting blight.

Scalebreaker’s features are broken down by Bethesda on the game’s website:

Scalebreaker is free content for players with an active ESO Plus membership; otherwise, it can be purchased for 1,500 Crowns from the in-game Crown store.

As part of Scalebreaker, Bethesda has included Update 23, a new patch that adds a host of fixes, ability changes, and improvements to some of the game’s core elements, including crafting, Guild Traders, and the Undaunted.

A full list of the changes can be reviewed here.

Check out today’s trailer below:

After the announcement that The Elder Scrolls Online would be coming to Stadia, Twinfinite was able to ask the game’s director, Matt Firor, for clarification on its release date at Gamescom 2019.