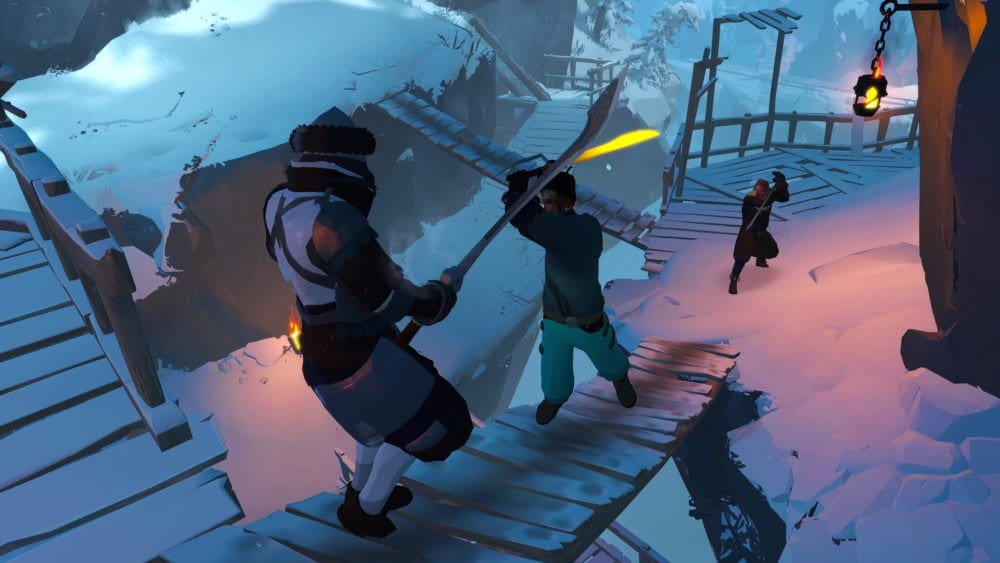 Boreal Blade is a team-based melee fighting game focusing between various classes of weapons such as one or two-handed weapons, poles and other thrusting weapons, sword and shield, or even unarmed.

The game contains four multiplayer modes for up to eight players with deathmatch, team deathmatch, and an attack and defend mode called Boreal Claim.

Check it out in action in the announcement trailer below.

Boreal Blade is out now for the Nintendo Switch at $19.99. There is a free demo to download and try it out that is compatible with the full version, meaning players in the demo and full version can play online together.

The difference is demo players will not be able level up weapons, unlock different weapon classes, or customize your character.

The game is also coming to Steam on PC sometime in 2019, and those interested can join a closed beta via the developer’s Discord server.

Frozenbyte’s other game, Trine 4: The Nightmare Prince, will be launching for Nintendo Switch, PC, PlayStation 4, and Xbox One on Oct. 8 alongside Trine: Ultimate Collection, a collection of all four Trine games.