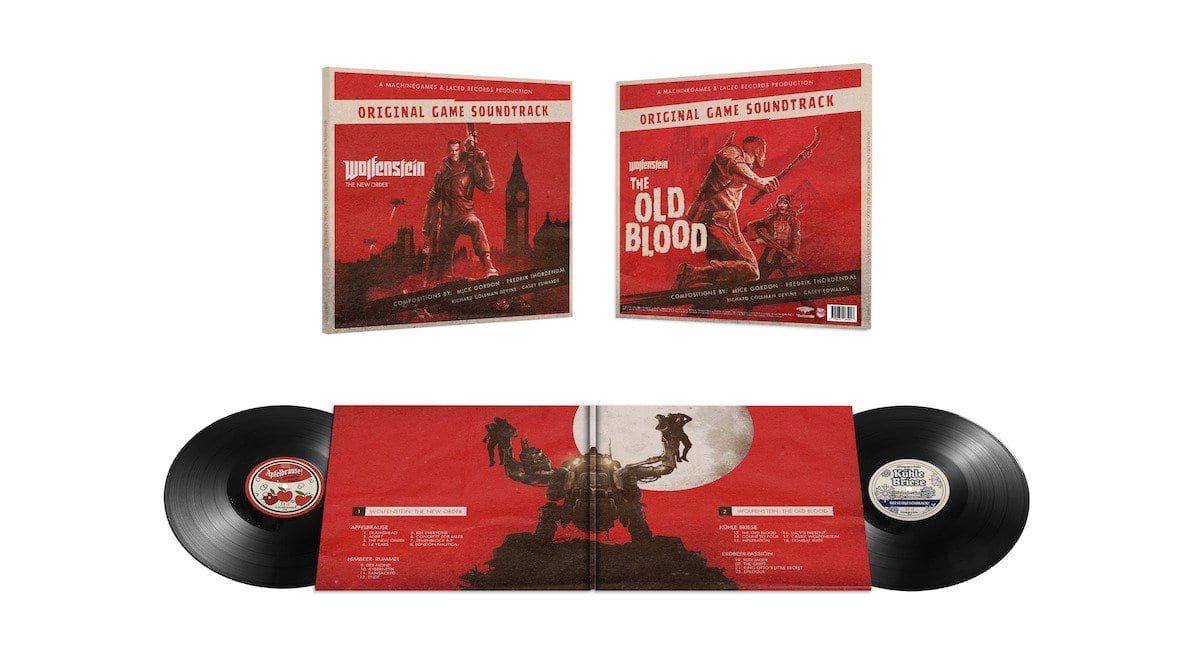 If you’re a fan of the MachineGames’ Wolfenstein series and owning video game soundtracks on vinyl, you’re in luck.

In a post to Twitter, digital retailer Laced Records revealed that vinyl releases for Wolfenstein: The New Order and Wolfenstein II: The New Colossus’s soundtracks were in the works and currently available for preorder.

The New Order’s OST will come on two black LPs, while The New Colossus’ OST will come on 3 red LPs. Each record likewise comes with custom cover art and sleeve art tied to their respective games. all of it can can be previewed either through the initial Tweet or via Laced Record’s official website.

Both records are currently available for preorder through Laced Records’ website, with a tentative release window of November. The New order is priced at $35.00, and The New Colossus is priced at $50.00.

Whether or not the vinyl releases will be limited, and whether the release will be exclusive to Laced Records, has not been specified at this time.

The news comes after the release of the latest entry in the Wolfenstein series, Youngblood, in July. The title received average to middling reviews, with many critics praising its attempt to incorporate new ideas but maligning how far it strayed from the story and characters which drew players to the latest iteration of the franchise.

We fell on the lower end of the spectrum during our time with the game, and you can read all about it in our review.

For something a bit more positive, we also recently compiled a list of some of the best Vinyl releases of video game soundtracks that fans can and should add to their collections. This includes Celeste and Undertale’s OSTs to more mainstream fare like The Last of Us and God of War.