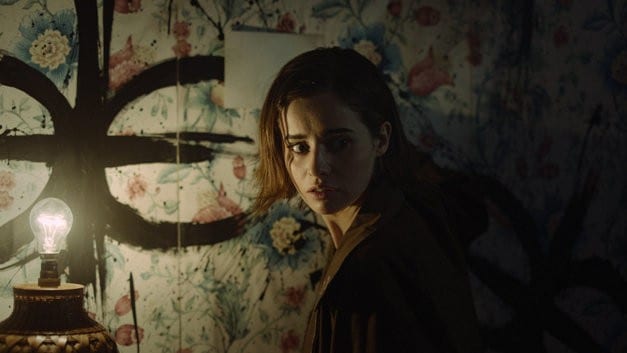 Revealed and released during the Gamescom Opening Night Live show, Erica is a new FMV game that’s exclusive to the PS4. Since it’s a contained story, you might want to play it all in one sitting. So that you know how much time to set aside to play it, here’s everything you need to know about how long Erica takes to beat.

Since it’s a live action game, and basically an interactive movie, it should come as no surprise that Erica is shorter than other narrative focused games.

Your actions are limited to interacting with objects, choosing dialogue options, and choosing which path to take, so there’s no wandering around and exploring like you’d expect from something like Life Is Strange or Telltale’s games.

Essentially, it’s a movie in which you choose an option or get involved in movements once every few seconds.

How Long Erica Takes to Beat

To go alongside the fact that it’s an interactive movie, Erica is about a long as a movie.

My first playthrough took just less than a couple of hours and it’s difficult for it to take much longer. You can deliberate on some choices, but most have time limits and you can’t take an alternate path to make Erica much longer.

Of course, you can play the game multiple times to see all the endings and get all the trophies, some of which are particularly difficult, so it might take nearer the 10-12 hour mark to see absolutely everything that Erica has to offer.

If you’re like me and prefer to take your first and only playthrough as cannon, you should allocate around two hours for Erica.

That’s everything you need to know about how long Erica takes to beat. For more tips and tricks on the game, be sure to search for Twinfinite.