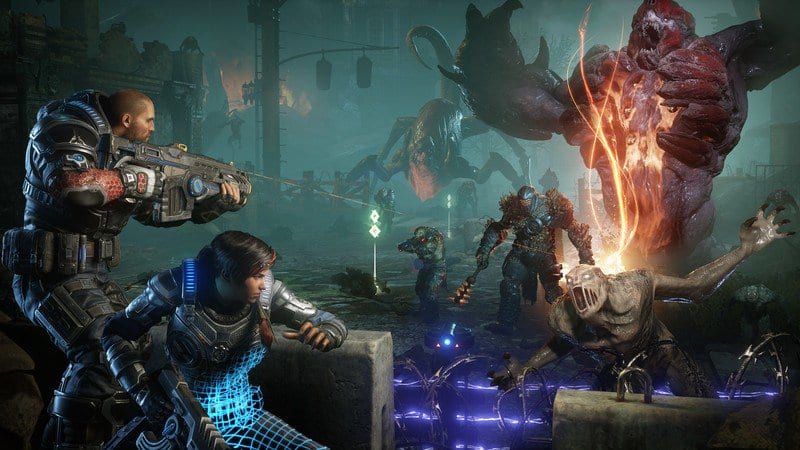 Gamescom 2019 kicks off next week, and those looking forward to Gears 5 just got a few more reasons to tune into the event.

In a tweet posted by program producer Geoff Keighley on Aug. 9, it was revealed that Gears 5 would reveal its Horde Mode for the first time ever as part of the show’s Inside Xbox stream on Aug. 19 at 5 p.m. CEST, 8 a.m. PST and 11 a.m. EST.

Following this reveal, Keighley will be joined by Rod Fergusson, studio head of Gears 5 developer The Coalition, for an exclusive look at Gears 5’s campaign during Gamescom’s Opening Night Live event, starting at 8 p.m. CEST, 11 a.m. PST and 2 p.m. EST.

Both will be holding livestreams of the reveals for those who won’t be attending the events in person. The streaming locations of the Inside Xbox show can be found here, while those available for Gamescom Opening Night Live can be found here.

Gears 5 is headed to gamescom on Monday August 19 with all-new Horde on Inside @xbox followed by exclusive look at campaign on Opening Night Live with me and @GearsViking! pic.twitter.com/E8VvRpJdxX

First revealed at E3 2018, Gears 5 is the latest entry in the long-running third person cover shooter series. In it, players take the role of Kait Diaz, one of the protagonists from Gears of War 4 and a descendant of the Outsider of Locust.

Curious about her family’s roots and their ties to the Locust, she sets out for answers, joined or pursued by her allies from the previous game all the while.

The game has seen several reveals and trailers in recent months, several of which came during Microsoft’s E3 2019 press conference.

This included the reveal of the game’s new Escape Mode, which sees players infiltrate a Locust swarm hive to plant a Venom Bomb and then stage an escape before the Venom overtakes them.

Gears 5 is currently slated for release on Sept. 10, 2019 on Xbox One and PC. For more on the game, check out some of the title’s latest trailers covering its Escape Mode, Map Builder and limited edition Xbox One X.