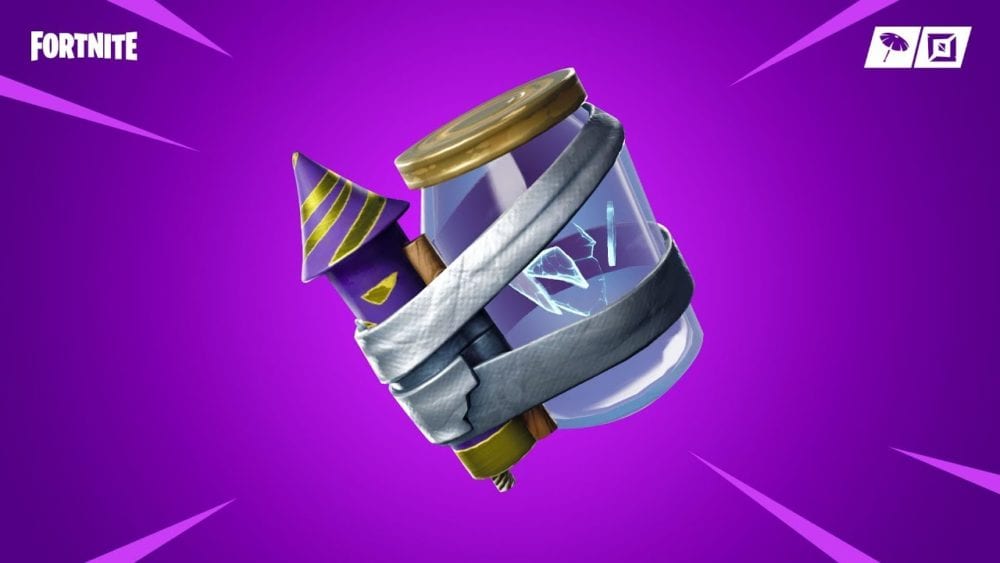 Fortnite’s 10.10 content update has just arrived on all platforms, which has seen a Rift Zone transform the soccer stadium just west of Tilted Town, added the new Junk Rift item, and glitched consumables.

The patch notes, which can be found over on the official Fortnite site, detail the changes to the soccer stadium following the arrival of the Rift Zone, as well as the new item added into the game.

The Junk Rift is the headline addition in Fortnite’s 10.10 update, which, when breaking on contact with the floor, spawns a large object directly above it in the sky that crushes anything underneath.

A direct hit with the Junk Rift deals 200 damage and knocks players back, while a shockwave hit deals 100 damage. These can be obtained from floor loot, chests, supply drops, and llamas.

The entire recreational center area that the soccer stadium was part of has been completely eradicated in place of a huge crater that spawns glitched consumables.

Glitched consumables are those bananas, coconuts, apples, and other items that could be consumed to get a special effect, but are now randomly switching between those available. We’ve listed all glitched consumables:

Fortnite’s 10.10 content update is available now on all platforms and no downtime is required, meaning you’re free to dive into the action and check it all out for yourself now.

If you’re looking for tips, tricks, and guides to help you out with the various Season 10 challenges and missions, be sure to check out our Season 10 guide wiki.