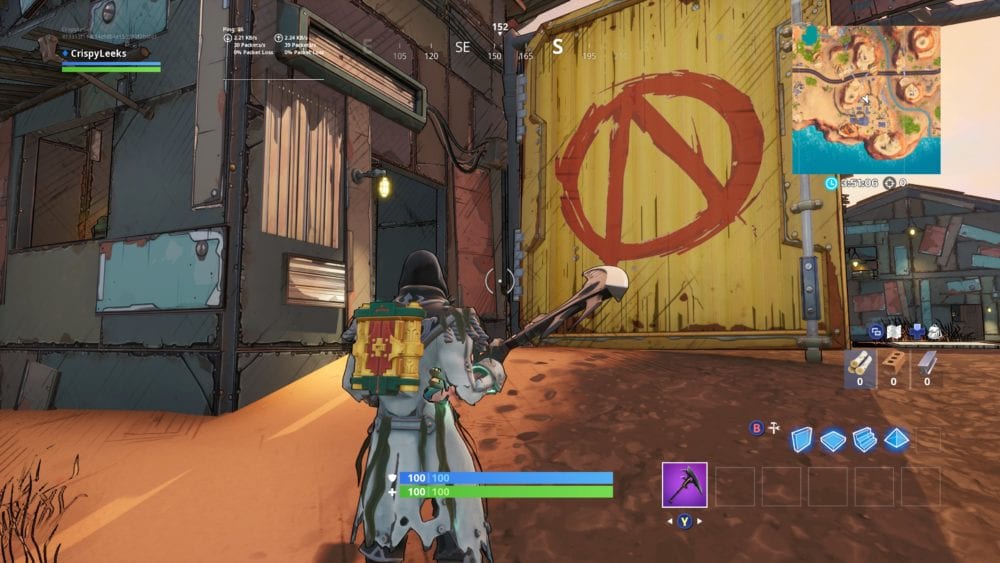 Fortnite’s crossover with Borderlands is bringing even more loot to the game. To get it, you’ll have to track down a set of Vault symbols scattered across the map. Here’s where to search for all the different vault symbols if you’re not having much luck.

Where to Search Different Vault Symbols in Fortnite

As you’d probably expect, the Vault symbols are found within the Pandora Rift Zone of the map, which has been added as part of the Mayhem crossover event.

Below we’ll detail four different locations with an accompanying image. Note that you only actually need to find three to complete the challenge, but we’ve included the location of an additional one, which we’ll start with.

We don’t have an image of it from ground level, but we have circled it on the map below (number one).

The second Vault symbol we’ll tackle is on a shack by the dinosaurs, which is marked on the above image as number two. It’s in the desert area just off the main road that heads north to Paradise Palms.

You won’t miss the dinosaurs, which are hanging out near the edge of the Pandora Rift. See the ground level image below for clarification.

The third Vault symbol on our above map can be found in one of the bandit camps in the desert biome. Obviously, there are a few around this area, so the one you’ll want to go to specifically is the most eastern one. See below.

Finally, there’s a fourth Vault symbol on the edge of the Rift Zone, northwest of the Oasis. There’s a pile of three yellow containers in this area and the symbol is on the middle one, as you can see below.

That should give you enough information about where to search for different vault locations in Fortnite and easily complete this challenge. For more tips and guides on the game, check out our wiki page.