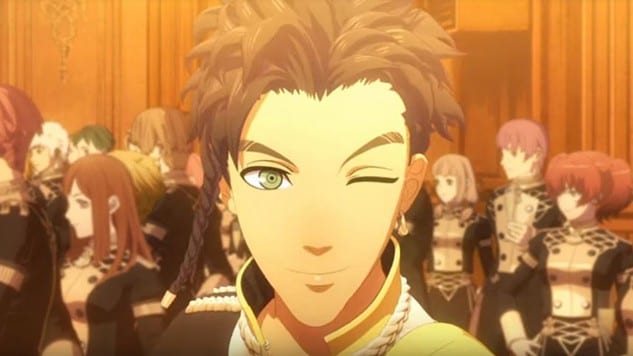 There are tons of side activities to take part in when you’re exploring Garreg Mach Monastery, including fishing. Here’s what the mysterious light in the pond is in Fire Emblem Three Houses.

Around partway through the first act of the game, as you’re exploring the Monastery, you might notice a mysterious, glowing light in the pond at the usual fishing spot. None of the NPCs seem to have anything to say about it, so it might seem a little strange.

However, all you need to know is that the light indicates that there’s a higher chance for rarer and more valuable fish to show up if you decide to go fishing during this period of time.

It’s worth noting that you’ll still only get low level fish if you use one-star bait. However, you can purchase better bait from the Southern and Eastern Merchants at the Marketplace. When using better bait, you’ll increase your chances of catching gold and even platinum fish at the Fishing Pond.

Be warned that the fishing mini-game will be tougher than usual, and will require you to hit more rings faster in succession.

What Fish Is For

The valuable fish can be sold for a good amount of gold, but we recommend keeping them for cooking in the Dining Hall.

By preparing a meal, you can give your entire roster stat increases that last for that entire month, which is definitely worth doing as the missions start to get tougher later on.