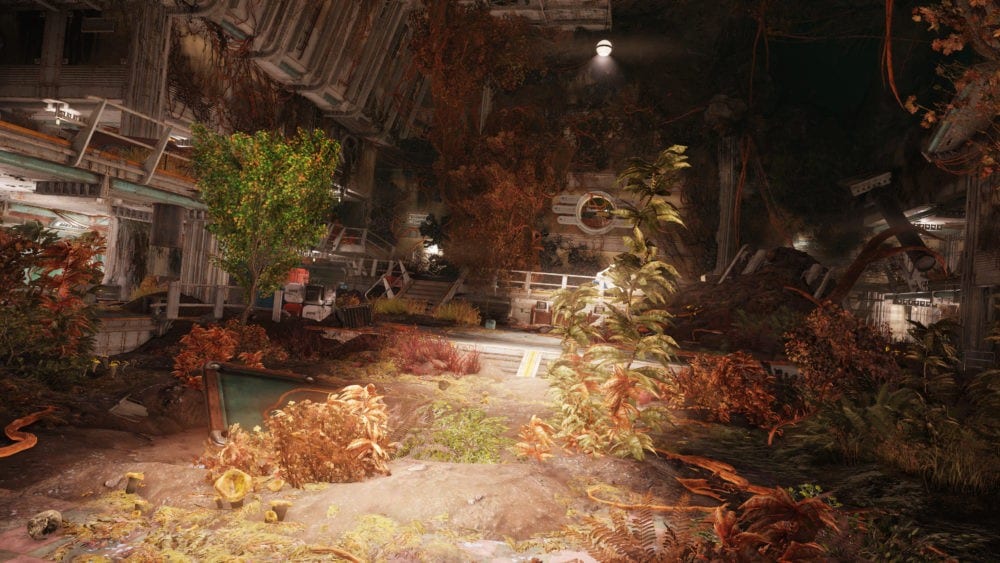 Updated Aug. 21, 2019: Vault 94 has now opened its door and players can now venture inside. You can find the original post below, but here, we’re going to talk about how to get into Vault 94 in Fallout 76 to take on the raid.

First off, let’s make something clear. Vault 94 isn’t just some area you want to go and explore on your own, and it’s certainly not for the faint-hearted. This new addition to the Appalachian wasteland is a four-player raid for players level 50 and above.

Once you’re all set and ready to take on what lies ahead, follow the steps below to get into Vault 94 and take on the raid.

In an ‘Inside the Vault‘ blog post, Bethesda shared that there will be three separate missions that will rotate each week. These are called:

These will rotate each week, and Bethesda also noted that the Vault will be shut for three hours each week while the rotation in mission occurs.

As we noted above, Vault 94 has various difficulties. The tougher you choose, the better loot you’ll get as a result. However, Standard and Expert difficulties have time limits and more challenging encounters.

If you all die or you run out of time during the raid on these difficulties, there are no checkpoints. You’ll be heading back to the start. This is the same for the Novice difficulty, though this doesn’t have a time limit.

Bethesda listed the following items would be available as rewards for completing the missions in Vault 94:

It’s worth noting, however, that there are limits to how many times you can earn rewards from completing Vault 94. Honestly, Bethesda explains it best, so we’ll let them take it away for a second:

Vault mission rewards can be earned once per difficulty mode, per mission, per day. For example, while you can earn Novice, Standard, and Expert rewards from “Dead in the Water” in a single day, you cannot earn rewards from that same mission and difficulty multiple times per day, including Vault Armor and Vault Steel. Additionally, once you’ve earned Vault 94 Steel or crafted pieces of Vault Armor, they’re yours to keep. These rewards cannot be dropped, traded, or sold.

Fallout 76: Inside the Vault – Vault 94 Deep Dive and More! – Bethesda

As noted above, one of the rewards for completing Fallout 76’s Vault 94 raid are Vault Armor Set plans. The first set shown off by Bethesda is the Strangler Heart shown above.

To craft these, you’ll not only need the various blueprints, but also Vault 94 Steel. Each time you complete a raid on each difficulty, you’ll earn some of this crafting resource. It cannot be traded, sold, or dropped, so be sure to put it to good use.

Can You Get Into Vault 94 in Fallout 76? What You Need to Know

Just because Vault 76 opened on Reclamation Day, doesn’t mean that it’s the only Vault in the surrounding area. Vault 94 can be found on the border of the Savage Divide and Mire regions of Fallout 76’s map, just to the east of Pumpkin House, and south of the Red Rocket Mega Shop.

You might have stumbled upon it on your adventures up to Abbie’s Bunker, for those of you advancing in Fallout 76’s main quest.

Unfortunately, you can’t get into Vault 94 in Fallout 76. At least, not for now. While you’ll likely have tried for a fair chunk of time to find a secret way into Vault 94, or even Vault 63 which is also present in Appalachia, they’re sealed for good right now.

According to a letter from the team at Bethesda prior to Fallout 76 officially launching last week, however, it seems as though that’s set to change. “We have an incredible list of updates we’ve begun to work on – from C.A.M.P. building improvements, new quests and events, new Vaults opening, character respecing, a faction-based PvP system, and much more.”

That’s all Bethesda currently has to say regarding Vault 94 and the other Vaults players have found in Fallout 76, but it certainly suggests that we’ll be able to explore them soon enough. And if it’s not something we can go and explore, then something else might be setting foot in the wasteland that players will need to take on however they see fit. That’s all speculation on our part for now, though.

As soon as we hear more on exactly when Vault 94 has opened in Fallout 76, we’ll be sure to update this post and let you know of what you need to do in order to get inside and uncover its secrets. For now, though, it’s just a case of waiting and wondering.

For more tips, tricks, and guides for your adventures across the West Virginia wasteland, be sure to check out our ever-expanding Fallout 76 guide wiki.

We’ve got guides on how to get wood, adhesive, springs, screws, aluminum, and more. Heck, we’ve even got handy cheat sheets for the Fire Breathers knowledge exam, and the Hornwright industrial exam, too. Looking for power armor locations? We’ve got those covered, and we’ve broken down everything you need to know on lockpicking, hacking, and your CAMP, too.

Comments
Continue Reading
Related Topics:can you, Fallout 76, get into, Guide, How to, vault 94