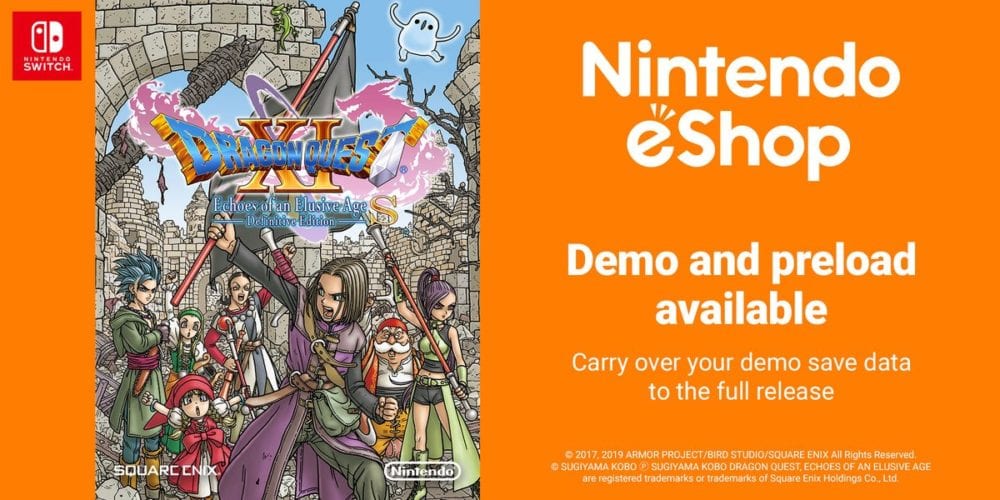 Nintendo has announced today that Switch players interested in Dragon Quest XI S: Echoes of an Elusive Age’s Definitive Edition, which releases on the console next month, can take advantage of the game’s free demo from today.

Better yet, the demo builds’ save progress can be carried over to the full version of the game, so you won’t have to replay anything if or when you decide to buy it.

That means it’s essentially a try before you buy and early access rolled into one because of that save functionality –something that many gamers have been asking for since forever.

“A free demo of Dragon Quest XI S: Echoes of an Elusive Age – Definitive Edition is now available. Join the Luminary on his first steps on becoming a legendary hero, destined to save Erdrea and then carry over your progress into the full game!

You can download it from Nintendo eShop on your Nintendo Switch, or via this page – just sign in and press the “Download demo” button to get started!**”

Dragon Quest XI launched in the west on PS4 last year, earning critical acclaim for its story, unique turn-based combat system, and charming aesthetic. Twinfinite thought very highly of it in our own review.

Check out a trailer for the game here.