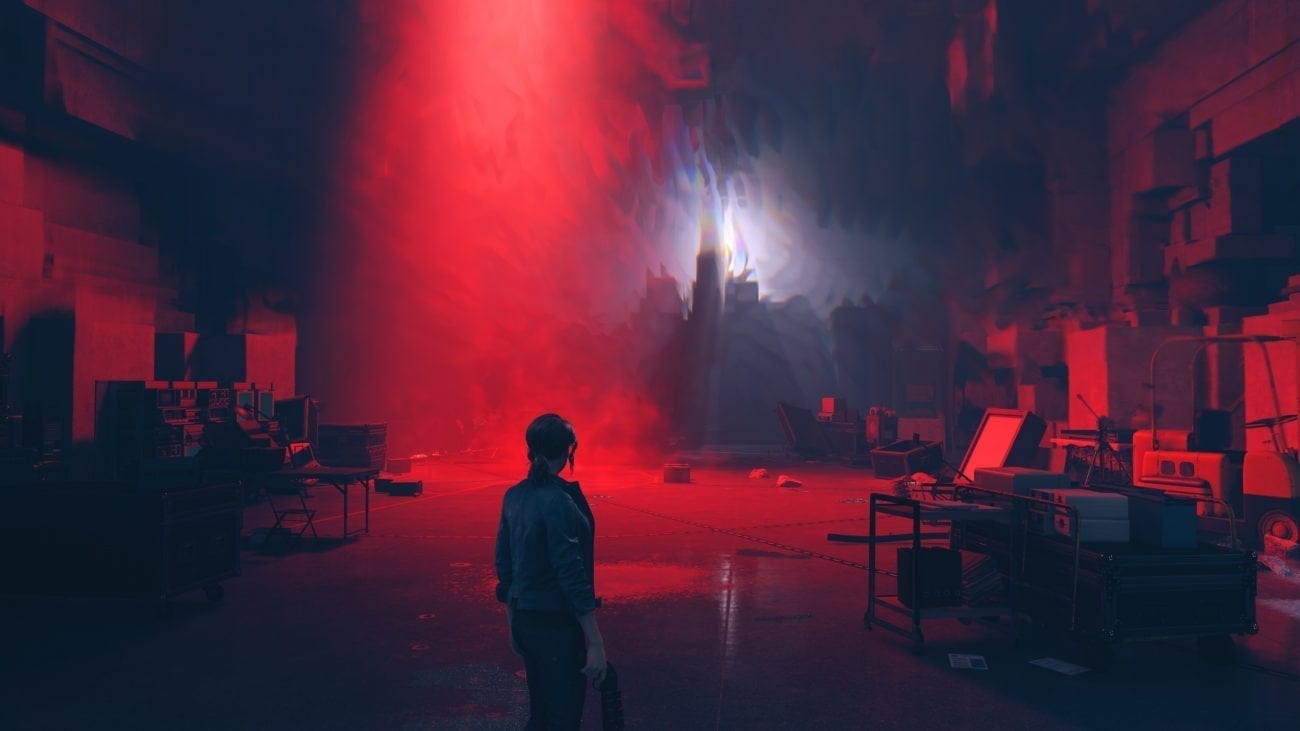 So you reached the end of Remedy’s Control for PS4, Xbox One or PC. Like the rest of the game, the finale of Control isn’t any less bizarre; there’s a lot of strange stuff happening all at once. Allow us then to explain the ending of Control and give you some insight as to what we think is going on.

Super Spoiler Warning: Obviously, considering the title of this article, we’re going to be talking about the ending of Control. We’re going to be wholly spoiling it, in fact. This article is designed for people who have played already and are looking for clarification. Turn away now if you don’t want to be spoiled on what happens at the end of Control.

What Happens at the End of Control

Let’s pick it up when Jesse finally reaches Polaris and discovers the truth that Polaris (or Hedron, which is what the FBC calls Polaris) has been here the whole time and led Jesse here to put a stop to the Hiss.

Polaris has been protecting Jesse from the Hiss, and the HRAs also tap into this protection provided by Hedron/Polaris.

The Slide Projector that the young Jesse and Dylan found when they were younger was an Object of Power and that is what opened a portal for the Hiss to arrive.

However, when Jesse busts into Polaris’ chamber to free it, she lets the Hiss in. The Hiss kills Polaris and then without its protection, the Hiss are able to infect Jesse finally.

While corrupted, people live out their worst nightmares it seems, and for Jesse it was living out Dylan’s sick dream of her being lowly office assistant serving everyone at the FBC.

However, she is able to eventually take control of her actions and figures out that Trench was the first one to be corrupted by the Hiss and where he put the Slide Projector.

While the physical entity that was Polaris/Hedron was killed, enough of Polaris is still a permanent part of Jesse now and she is able to break free from the Hiss and heads to the Nostalgia Department to close the portal opened by the Slide Projector.

Jesse goes to the Astral Plane where the projector is located and fights her way through Hiss that are being controlled by Dylan. She reaches Dylan and cleanses him and shuts off the projector ending the Hiss threat.

Dylan is spared death but he falls into a coma and it’s unknown at the moment what will happen to him? Perhaps it will be addressed in the DLC?

Jesse fully embraces her role as director of the FBC finally although she kind of has to because the Hiss are still present in the building.

The portal is closed but that didn’t just erase the Hiss that was already there, so she has work to do.

The HRAs that were protecting the staff were turned back on once Jesse regained control of her self, and as long as Jesse remains in The Oldest House/FBC, those wearing the HRA will be safe from the Hiss until the threat is eliminated.

And that’s pretty much it for the ending of Control! The major existing loose end is what is going to happen to Dylan and maybe that will be addressed in a DLC or a sequel.

The Hiss are still a thing, and you can spend some time in the post-game completing Bureau Alerts and other fun endgame stuff if you want more Control.

Hopefully, this explanation of Control’s ending was helpful. If you’re still confused, leave a comment below. Otherwise, check out our wiki guide if you need some more tips and tricks, and be sure to visit our fully scored review if you want to know what we thought of the full Control experience.