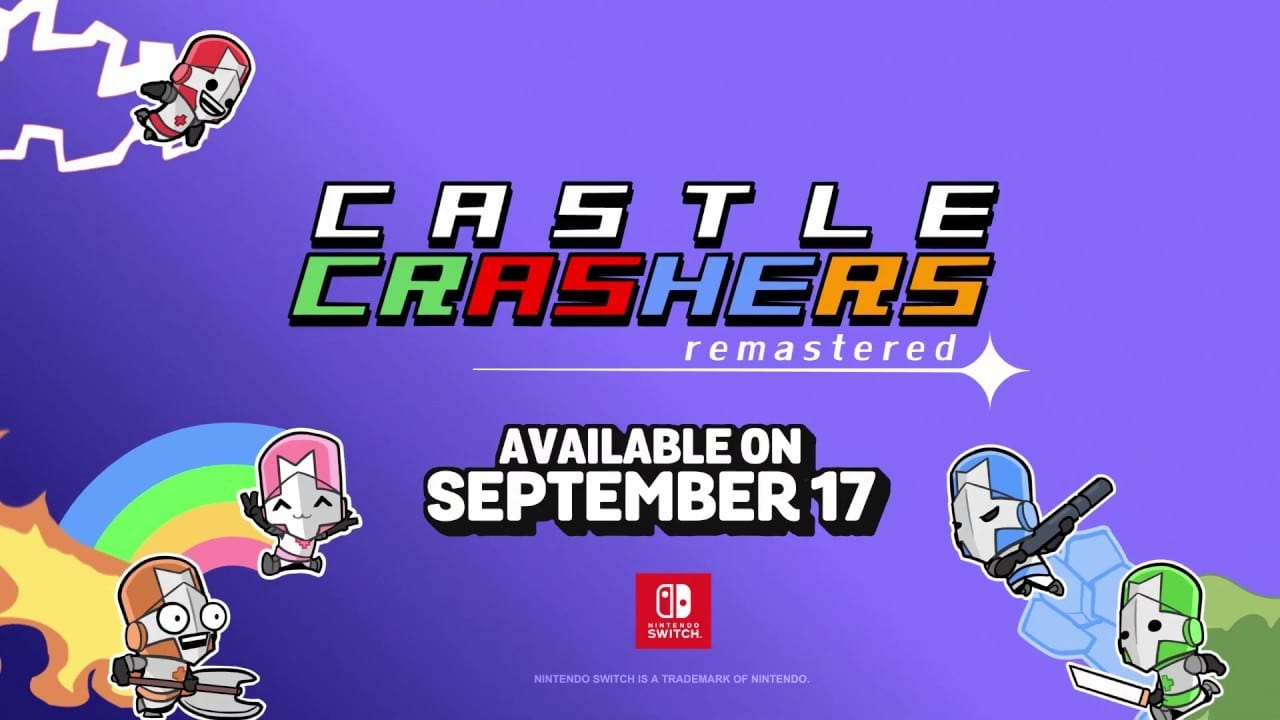 The whimsical 2D beat em’ up first launched on Xbox 360 in 2008 and then on Xbox One as a remastered version in 2015. It’s arrival on Switch and PS4 platforms later this year will mark the first Behemoth game on Nintendo and Sony hardware for a decade.

It’s explained that technical challenges have delayed their release:

“…while we’re beyond excited to be bringing Castle Crashers to modern consoles, making that leap has come with a number of difficult development challenges.

Some of these challenges took us longer than expected to work through; in fact, the PlayStation 4 version of the game is still going through it’s final approval processes, which is why we are not yet confirming it’s exact launch date.”

Players can expect a number of new features and improvements when the game finally does hit both platforms –though sadly crossplay isn’t one of them.

Friends can look forward to co-operative action with up to four players online with PS4 and Switch, while Switch also features to 4-player local Joy-Con both support.

Another game soon releasing on Switch is Dragon Quest XI, which was revealed in more details via some new screenshots yesterday.