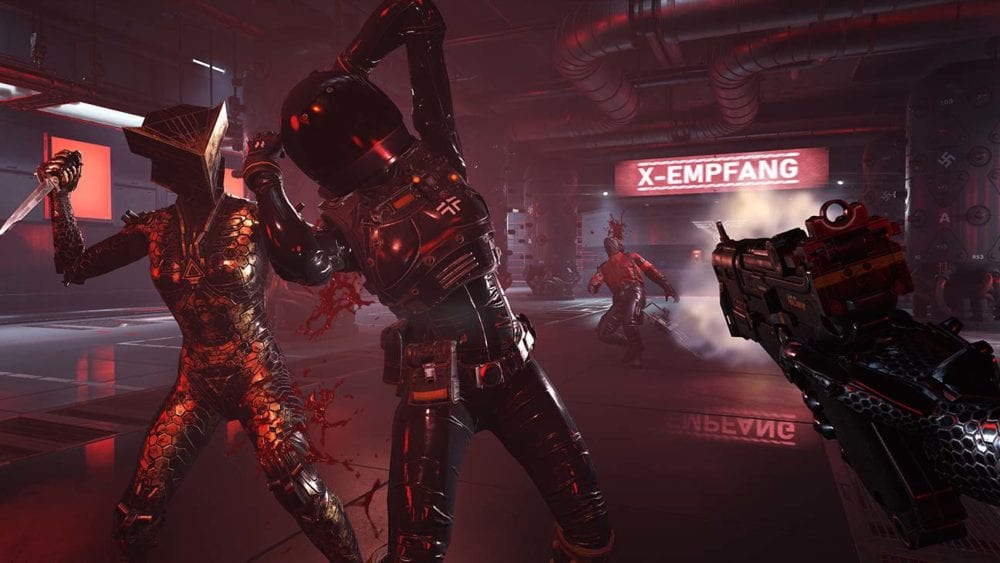 Wolfenstein Youngblood finally brings co-op to the franchise, making a few small changes to gameplay in the process, all to make the shooting feel better than ever. Of course, with plenty of new enemies to shoot you’ll have plenty of guns to choose from, so you’ll need to know how to swap between them. Here’s how to change weapons in Wolfenstein Youngblood.

As you take on missions in Paris and take down the Nazi regime, you’ll come across a bunch of different weapons, from handguns to laser weapons. Luckily, it’s incredibly easy to swap between these weapons on the fly.

Just press triangle (Y on Xbox and X on Switch) to quickly change your weapons, swapping between the your current one and the one you last used. Alternatively, you can hold R1 to bring up your weapon wheel, then use the right stick to select whichever weapon you want to switch to.

Considering most weapons have their own ammo type, it’s a good idea to switch between them as you fight, ensuring that you don’t just blow through your ammo for one thing.

Weapons can also be upgraded in Wolfenstein Youngblood. We have a detailed guide on how to do it, but basically, you’ll need silver coins that you can get from killing enemies and finding in the world.

That’s pretty much everything you need to know about how to change weapons in Wolfenstein Youngblood. For even more tips, tricks, and guides make sure to stick with Twinfinite, or you can check out a selection of other helpful guides down below.

Also, feel free to ask any other questions in the comments, and we’ll do our best to get you a quick answer.