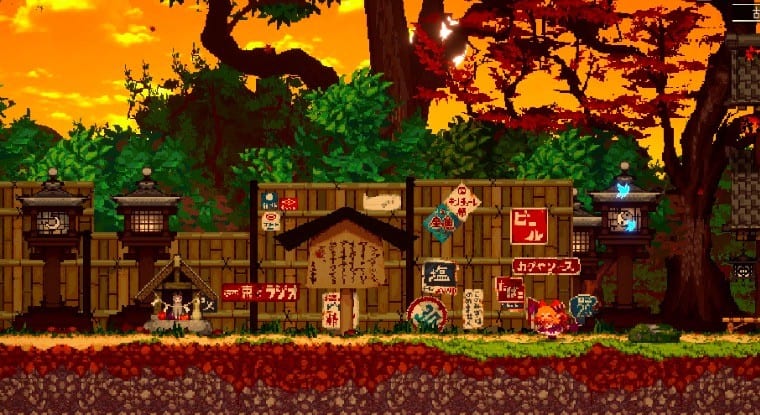 Gensokyo Night Festival, a spin-off of the popular Touhou Project franchise, is coming to PC via Steam. Touhou Project fans won’t have to wait long to enjoy the game because it’ll hit early access later this summer for all your JRPG needs.

Set against the backdrop of Gensokyo, Gensokyo Night Festival is a 2D action-adventure game where you take control of a young lady named Suika Ibuki as she goes on a rampage during the festival held at Hakurei Shrine.

Use Suika’s powers over “density” and “sparseness” to create combos and powerful attacks to defeat wild and crazy enemies and monsters.

Our incredible heroine uses “density” to move at fast and supersonic speeds, firing a shot that will teleport her to wherever it lands. She can also walk on water or choose to sink into it with these unique density powers.

Gensokyo Night Festival will surely be a great addition to the Project Touhou family and next month we’ll find out for sure.

You can check out the game’s Steam page here to have a look for yourself.

Also, here is a trailer via Gematsu: