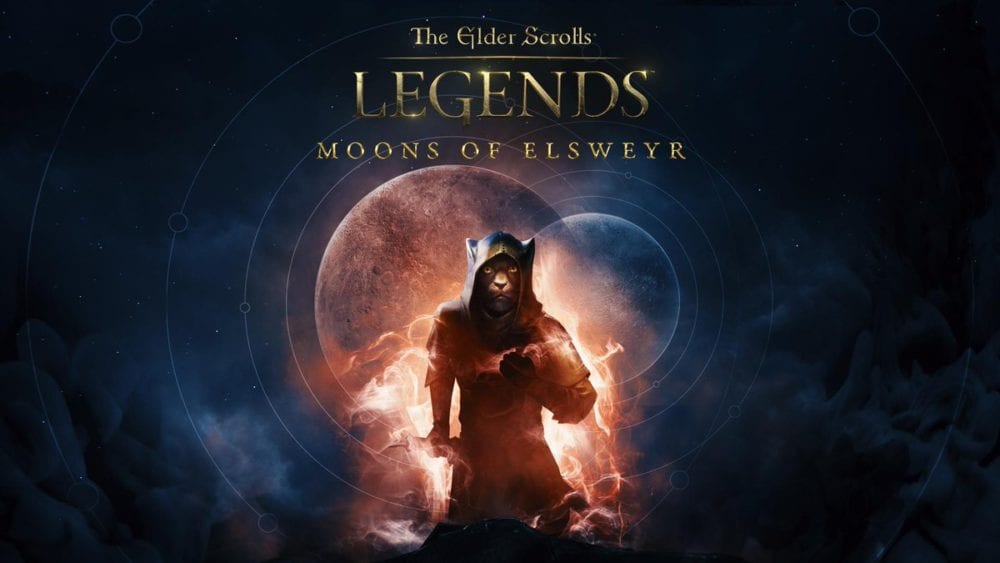 With this giveaway, you can win one of five digital bundle codes kindly offered by Bethesda: each includes 4 Moons of Elsweyr card packs as well as 1 legendary card.

All you have to do is to comment on our articles, anywhere on the site. The more you comment, the better your chances. We want to hear your opinions and insight, and there is no better way for that to happen than sharing your comments with us.

On July 22 at 11:59 EDT we’ll randomly select five comments made after this post has been published, and the authors of those comments will win a code. It’s that simple.

Do keep in mind that a BNET account is required to redeem the code should you win.

If you’re not familiar with the game, here’s a handy rundown.

“The Elder Scrolls: Legends, a strategy card game that explores the series’ characters, creatures, deities, and lore, is back with Moons of Elsweyr, available now on PC, iOS, and Android devices.

In the new Moons of Elsweyr expansion, The Khajiit of Elsweyr have taken up arms against the encroachment of Imperial control, led by Euraxia Tharn, and call upon any allies willing to aid them. Things become more dire as ancient dragons are unleashed upon the land with devastating machinations all their own. Moons of Elsweyr welcomes over 75 new Elsweyr-inspired cards along with two new mechanics—Wax & Wane as well as Consume—two new pre-made decks to get you rolling, a new playmat and more.

With dragons in the skies, Imperials on the ground and the undead just waiting to be called up from their shallow graves, things are really heating up in The Elder Scrolls: Legends.”

The game is coming to PS4, Xbox One, and Nintendo Switch later this year.

Update: the winners have been decided! Find them below. Congratulations! Please follow the instructions above to claim your prize.

Ecclesia: Eve looks good, but Adam.. His joints are just too obvious ^^” And Vivi looks slightly taller then he should be.. Or maybe it’s just my imagination

Snafu: I dont then difference difference here, why not just reduce the weight of the switch and introduce a more efficient client o a ore efficient power. Seems too much work to me.

Austin Johnson: Congrats to all the winners, I’ll have to make a decision on buying Shadowbringers once I finish Heavensward. Thanks for holding such a cool giveaway!

Serph: Ugh. I wish SE wouldn’t go for these figures with movable parts, it makes them look weird. I’d rather have a higher quality still one than these. :B