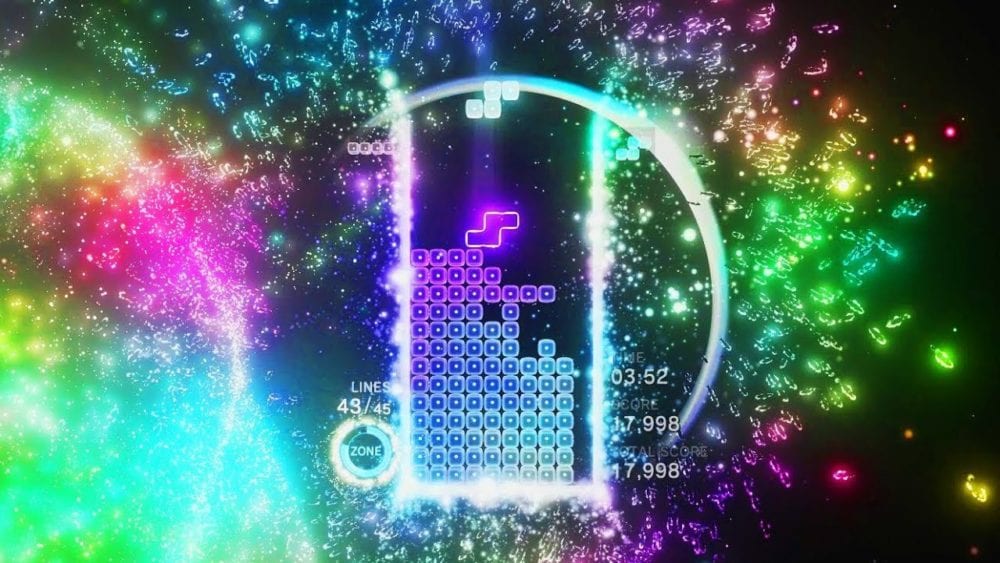 Tetris Effect, the musically and visually enhanced take on the classic puzzle game, is headed to PC later this year via the Epic Games Store.

In an accolade trailer for the game streamed on publisher Enhance Inc.’s official YouTube channel, it was revealed the game will launch on PC exclusively through the Epic Games Store.

The new port will include everything offered in the original release as well as new features such as 4K and higher resolution, an uncapped frame rate and ultra-wide monitor support.

Those interested can likewise play the game in VR using an Oculus Rift or HTC Vive headset, and expect the same quality or better offered by the PlayStation VR headset.

The port is slated for a July 23 release, and is currently available for pre-order through the Epic Games Store.

However, it has not been revealed at this time whether the game is an Epic Games Store exclusive or if it will come to Steam and other digital retailers at a later date.

Those interested in seeing the trailer for themselves, as well as those who want to know exactly how extensive the game’s accolades are, can view the full announcement trailer down below.

Originally released on Nov. 9, 2018 for the PlayStation 4 and PlayStation VR, Tetris Effect earned heavy praise from fans and critics alike for its enthralling visuals and application of music to its gameplay.

The game went on to win several Best Of 2018 awards from a variety of publications, ranging from Best AR/VR Game  to Game of the Year.

We found the game to be an exceptional experience ourselves, awarding it the highest score possible in our review.

Tetris Effect is currently available on PlayStation 4 and PlayStation VR. For more on all the latest video game news and announcements, stay tuned to Twinfinite.net.