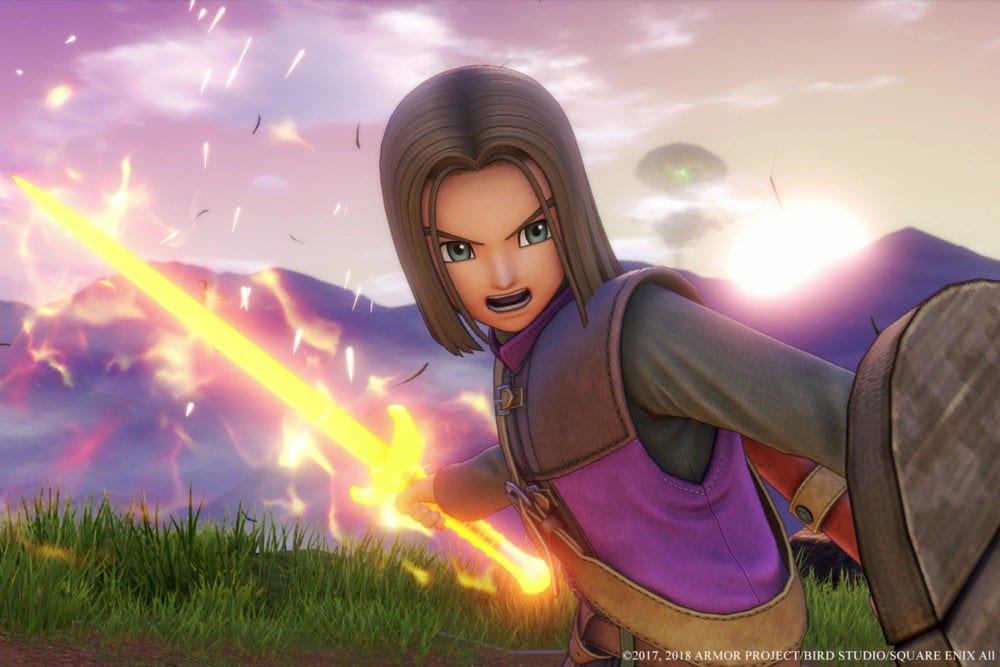 With Dragon Quest‘s protagonist The Hero soon to arrive in Super Smash Bros. Ultimate, the Nintendo Versus Twitter account has announced that the series director Masahiro Sakurai will be revealing more about the character this Tuesday.

It’s been nearly two months since Nintendo’s E3 direct, where we first learned that The Hero would be joining the roster as DLC. Little detail was given on the character at that time, but the trailer clearly showcased that he’d bring his sword and shield to the battle and employ an array of RPG-style moves befitting his series. We also saw that he’d come with several palette swaps, letting you pick your preferred Hero to play as.

Apart from that, it’s all been fairly quiet on the news front regarding the character. Earlier this month Nintendo released a video on upcoming Summer releases, creating a buzz across the internet that The Hero would come to the Fighters Pass in July, although no specific date was given.

Join Super #SmashBrosUltimate Director Masahiro Sakurai on 7/30 at 6am PT in a video presentation featuring an in-depth look at upcoming DLC Fighter, Hero from the #DragonQuest series! Alongside new details, he’ll be revealing when the fighter will arrive. Be sure to tune in! pic.twitter.com/BSbGmqXo9Y

Since then fans have been waiting with bated breath for weeks with no further news, so the announcement released on Sunday night should come as a welcome relief. Nintendo Versus’ tweet revealed that Sakurai would be taking to Nintendo’s YouTube channel to give a video presentation on the The Hero on July 30 6am PT/9am ET.

It also seems like he has a lot to say on the matter, as we can expect a 22-minute in-depth look at the character. As well as new details on The Hero’s abilities and(at long last) a release date, as mentioned in the above tweet, we can likely look forward to a whole lot more.

Expect new information regarding the upcoming Dragon Quest stage, in addition to potential new info about Mii Fighter costumes, and – if we’re lucky – more news on the next big Smash Ultimate update to look forward to.