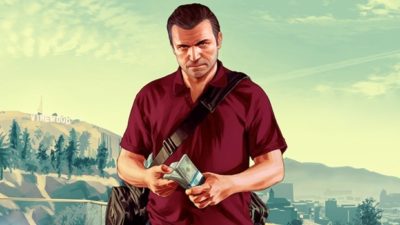 Rockstar North, the Edinburgh-based branch of Rockstar Games, has reportedly paid no corporation tax in the last 10 years. This is despite earning billions for parent company Take-Two Interactive, while still claiming over £42 million (around $52 million) in tax relief.

According to a report from TaxWatch UK, Rockstar Games had an operating profit of approximately £4billion($5 billion) between the years 2013 and 2019, a time frame in which they published the wildly successful Grand Theft Auto V and Red Dead Redemption 2.

GTA V is one of the most profitable games ever, having sold more than 100 million copies worldwide. The game made £1 billion($1.2 billion) within its first three days of release in 2013 and, according to earnings reports from Take-Two, GTA Online has racked up hundreds of millions over the years.

However, the company did not pay any corporations tax from 2009 to 2018, instead receiving £42 million in tax credits from the government’s video games tax relief scheme. The scheme was created in 2014 to reinforce the UK’s modest £5 billion($6 billion) games industry, which at the time was largely comprised of smaller developers.

To qualify under the scheme, games being developed must pass a test from British Film Institute that proves a important contribution to British culture. Games need to score at least 16 out of 31 points to qualify, with points being awarded British characters, settings, and development, as well as supporting cultural diversity. Despite its fictionalized California setting, GTA V still managed to qualify in 2015.

Take-Two’s current market value sits at $13.1 billion, with Rockstar’s senior staff at splitting a bonus pool of up to $3.4 billion between 2009 and 2019. The situation is “absurd”, according to the TaxWatch report, which also questions how Rockstar and Take-Two share their profit. One theory posited by the report states:

“Take-Two appears to believe that it is reasonable that close to 100% of the profit should flow to their US-based parent companies and senior management, while almost no profit flows back to the UK companies involved in either making or selling the game.”

Speaking to The Guardian, the director of TaxWatch George Turner discussed the situation, calling it a “drive-by assault” on the UK tax-paying public:

“It is outrageous that the UK taxpayer is being asked to shell out tens of millions of pounds in subsidy to the developers of Grand Theft Auto, when at the time that the game’s developers put in their tax credit application Grand Theft Auto V had already generated several billion dollars in sales and profits. This is a drive-by assault on the British taxpayer and corporate welfare scrounging at its very worst.”

There has been no public response from Rockstar North at this time.