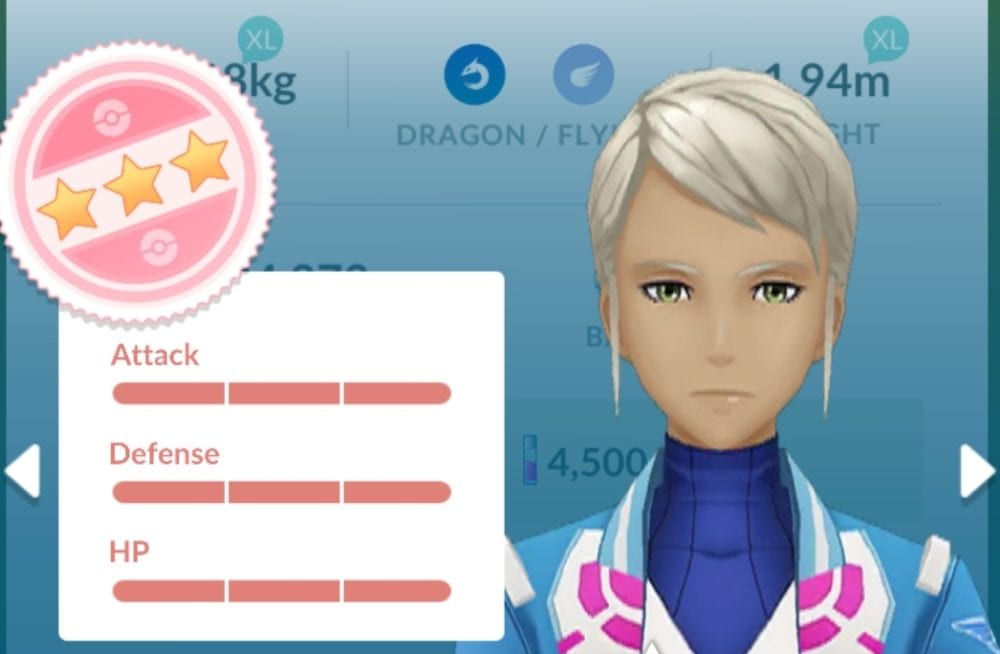 A rudimentary appraisal feature in Pokemon GO led to the creation of numerous apps that interpret the data into a form that is instantly helpful to the player. Starting with Pokemon GO version 0.149.0, the extremely basic feature received a much-needed update that gives players a better visual representation of their Pokemon’s IVs. Here are the Pokemon GO IV appraisal changesexplained.

First, for those who aren’t familiar with IVs, here’s a quick breakdown. Every Pokemon in the game has individual values (IVs) for their HP, Attack, and Defense stats. The maximum IV number is 15, and the closer each stat is to that maximum, the stronger it will be when compared to the same Pokemon at the same level.

These values can’t change unless a Pokemon is traded and the numbers can only be found through a third-party app or appraisal.

It’s also important to keep in mind that a low IV Mewtwo will still be much more useful and powerful than a Dunsparce with perfect IVs. It’s best to use IVs as a way to decide which Bidoof you’ll evolve and power up and which one you’ll transfer for candies.

Never use them to compare two different Pokemon until you’ve spent enough time with the game and understand how different species compare without IVs.

This system was a bit of a mess. Sure, you could figure out a rough estimate of how good a certain Pokemon was based upon what Spark, Blanche, or Candela told you, but it was incredibly inaccurate.

Third-party apps were a must for anybody who wanted to interpret the data in any meaningful way.

Even worse, iOS users had to take screenshots of each Pokemon for the apps to interpret the data, which was unnecessarily time-consuming.

At best, you could figure out which IV was the highest on one of your Pokemon, but without a clue what the exact number was.

This was a bit unexpected, but it’s an entirely welcome change to the way appraisals work. You still pull up appraisals the same way by tapping the three lines in the bottom right of the screen while viewing a Pokemon and tapping appraise.

But now, instead of just trying to interpret what the numbers could be, there’s a visual representation that shows exactly what a Pokemon’s IVs are for each stat.

The new appraisal system displays a circle icon with stars to give you a quick view of a Pokemon’s IVs. The bars for each stat give you a more exact look at what each IV is.

Below you can find an infographic from Dex ‘n’ Dust that gives the full explanation of what each visual means when it comes to IVs.

The more stars a Pokemon has and the more full the bar is, the closer their IVs are to being “perfect.” A Pokemon can have between zero and four stars each which indicate specific ranges of overall IVs.

The bars give you exact IV numbers for each stat. Depending upon your screen size, the bars may be difficult to interpret, but keeping in mind that each section on the bar is 5 points will help to simplify the process.

Also, you can now search for Pokemon based upon their number of stars from the new appraisal system. You can do this by typing a number (0-4) into the search field, then * (4*). This is now the fastest way to find all your perfect IV Pokemon.

It’s also a great way to find who you can transfer or set aside for trading.

That’s all there is to know about Pokemon GO’s new IV appraisal system. If you want to dive even deeper into the game, then check out our Pokemon Go Wiki.