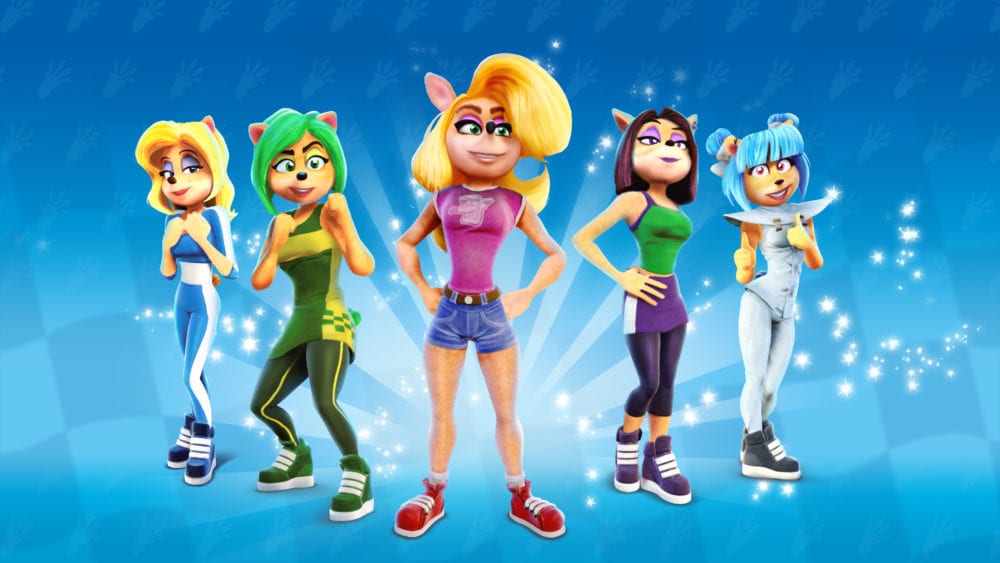 Crash Team Racing only just came out, but developer Beenox is already pushing out new limited time content in the form of the Nitro Tour Grand Prix, an event that will run from July 3 until July 28.

The event will allow you to earn new vehicles, skins, cosmetic and vanity items, and playable characters. These rewards will only be available during the month-long season and is a fantastic way to keep racers engaged.

By completing the challenges and qualifying in standard races during the event, you can earn Nitro Points, which are used to unlock unique rewards.

In addition, there will be a swathe of new items available for you to purchase from the Pit Stop using your Wumpa Coins. Probably the most exciting thing here is the ability to unlock and play as the trophy girls from the original game, known collectively as the Nitro Squad.

The Nitro Squad is made up of Megumi, Ami, Liz, Isabella, and most notably Tawna, Crash’s ex-girlfriend from the original Crash Bandicoot game. In addition, there will be new costumes and outfits for the games existing drivers.

And if that wasn’t enough, there will also be a new track available during the Nitro Tour Grand Prix. It’s called Twilight Tour, and as the name suggests, it looks to be an Egyptian themed track that takes place during the night.

Check out the trailer for the Nitro Tour Grand Prix for yourself below. If you want to stock up on Wumpa Coins in anticipation of the event, be sure to take a look at this handy guide.