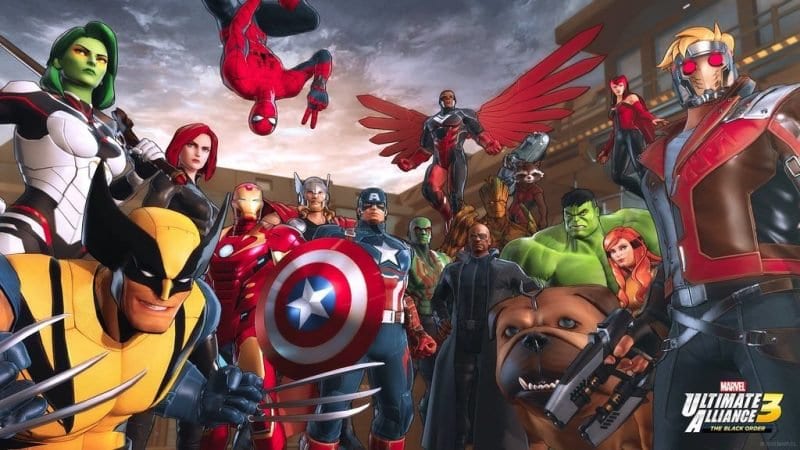 Marvel Ultimate Alliance 3’s story features over 80 recognizable characters, but it isn’t actually all that long of a tale. A single playthrough will probably only take you 5-10 hours, so if you’re not all that keen on re-running the same chapters over and over with different characters you’re likely be hankering for the expansion pass before long. DLC on the way, of course, so here’s everything we know about it so far to help you decide whether it’s something you need.

Everything We Know About Marvel Ultimate Alliance 3’s Expansion Pass

As is a common practice these days in the video game industry, Marvel Ultimate Alliance 3’s DLC expansion was announced even before the game launched. There are to be three content updates that will be released one after the other starting this fall.

What the Pass Gets You & Which Characters You Can Play

As per Nintendo’s own description:

“Expand your adventure and roster of playable characters in the Marvel Ultimate Alliance 3: The Black Order game with the paid Expansion Pass, which grants access to three exclusive DLC packs that will become available.”

Details on exactly what story and content we’ll be getting were limited up until very recently when, during its San Diego Comic-Con presentation, Marvel Game Studios gave us the first bits of tangible information about the expansion pass.

New playable characters, modes, and additional storylines will be spread across the three expansions that feature but aren’t limited to Fantastic Four, the X-Men, and the Marvel Knights.

Note that Cyclops and Colossus were also recently announced as playable but aren’t actually part of the upcoming DLC. Instead, they’ll be free to everyone from Aug. 30.

The first of Marvel Ultimate Alliance 3’s DLC packs is due to release this fall, and the second is also scheduled for launch in 2019. The third and final pack, however, isn’t coming until next year.

How Much It Costs

The DLC expansion is priced at $19.99. Unfortunately, you won’t be able to buy each of the three pieces of content separately. Even if you’re only interested in, say, the X-Men storyline, you’ll need to cough up the entire $19.99 for all three.

At least you get an in-game alternate-color Deadpool chef outfit as a bonus for ordering it… Er, yay?

How to Buy It

The DLC expansion pass can be purchased via Nintendo’s website or online via the eShop.

Given that information on the upcoming DLC pass is so far limited, we’ll be updating this guide with new information as and when it comes, so do check back a little further down the line and we’ll hopefully have more to share.

That’s everything there is to know so far about the Marvel Alliance Ultimate 3 DLC expansion pass content. For more helpful content, do yourself a favor and check out our extensive wiki page specifically for the game.