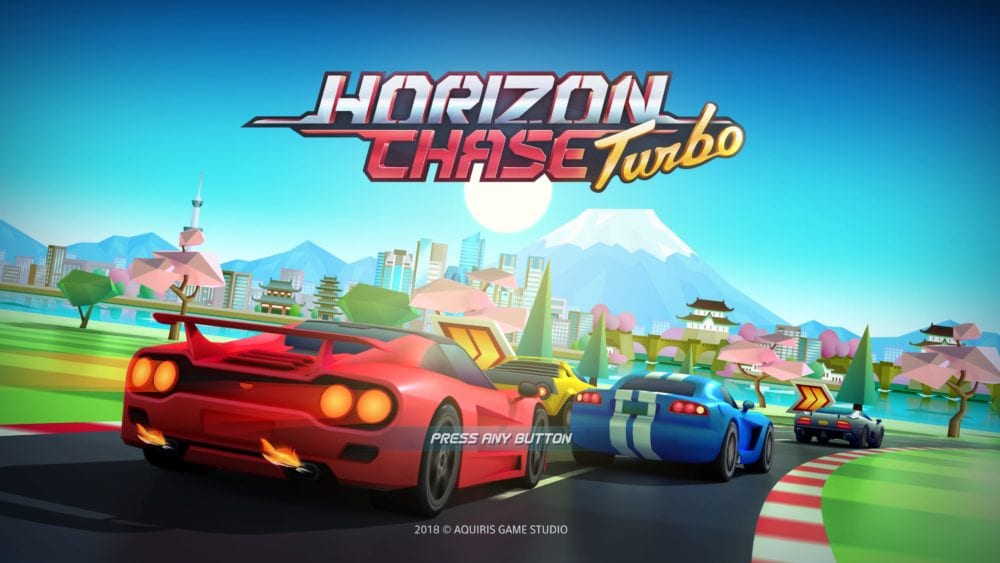 Horizon Chase Turbo was well received when it released in 2018 but it is finally getting the widespread recognition it deserves as it one of the free PlayStation Plus games for July 2019. The old-school style racing is great fun and there are loads of modes to jump into, but it’s not that clear how you actually get access to the modes that aren’t the standard World Tour. Here’s everything you need to know about how to unlock the Tournament, Endurance, and Playground modes in Horizon Chase Turbo.

There are four modes in total but you only get access to World Tour from the start, with you having to do certain things to get access to the others. Below, we’ll run you through what you need to do for each one.

Playground mode is a selection of limited time races that allow you to compete for the best time against other people online. All the races have restrictions though, such as lower fuel, restricted cars, fewer laps, no HUD, or unlimited nitros. It’s a fun mode to mess around in.

To actually get access to it, though, you need to reach Chile in the Horizon Chase Turbo World Tour, which is the second location. Make your way through the California events, and once you get enough points from winning or collecting coins, Chile will unlock. It took us until early in the Los Angeles set of events for us to unlock it. Once you do though, Playground mode will unlock.

Tournament sees you compete over four races, rather than in one singular event, to prove you’re the fastest. You get the Amateur Tournament in Horizon Chase Turbo in the same way Playground Mode unlocks – by reaching Chile in the World Tour, but you need to win every race in the previous Tournament difficulty to unlock the next.

The final mode in Horizon Chase Turbo is Endurance, and it tasks you with choosing one car to run a certain number of races, without any upgrades. You need to finish 5th to unlock the next one.

To get access to Endurance, you need to do one of two things. You can either finish the World Tour or win every Master difficulty Tournament. The former is probably easier, since you don’t have to 100% it, you just need to win enough that you can unlock all the races.

It might take less time to play all the races in Tournament mode, but the World Tour is probably easier.

That’s everything you need to know about how to unlock the Tournament, Endurance, and Playground modes in Horizon Chase Turbo. For more tips and tricks on the game, be sure to search for Twinfinite.