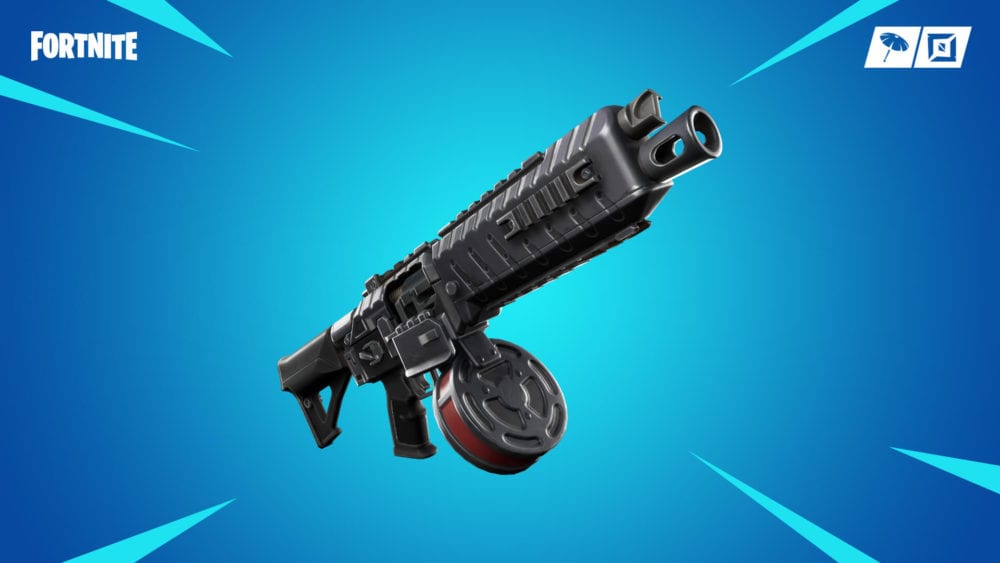 Fortnite’s latest update, v9.30 content update #2 has arrived, and adds the Drum Shotgun. That’s it, there’s nothing else added into or removed from the game, and there are no balance changes to the Battle Royale mode here either.

The news comes via the official patch notes post over on the official Epic Games site. The Drum Shotgun is a new common, uncommon, and rare weapon that has an automatic firing mode. It comes with a clip size of 12, and can deal 45/47/ 50 damage per shot depending on the rarity. There’s no word on what the headshot multiplier is for the weapon in the patch notes, either.

As you’d expect, the Drum Shotgun is available as floor loot, vending machines, and loot carriers, but interestingly enough isn’t available from chests.

Outside of Battle Royale, the Creative mode receives a number of new prefabs and galleries items for players to help build their own levels more easily. As for Save the World, a Stars and Stripes Jonesy has been thrown into the game for July 4 celebrations, and the Boom Bow has made its way to the PvE mode.

The 14 Days of Summer festivities continue in the mode, too, with new daily quests, free X-Ray Llamas, and a new Wargames simulation called Meltdown added into the game that sees your Storm Shield going critical and emitting a radiation field.

It’s a bit of a quiet update, but this is a fairly common occurrence as we come to the end of a Season, with Epic Games keeping all of the major changes for the new season. Earlier today, a giant robot was also spotted being built at Pressure Plant, suggesting a robot vs monster fight could be a part of the big end of season event.

Fortnite v9.30 content update #2 is available now on all platforms.