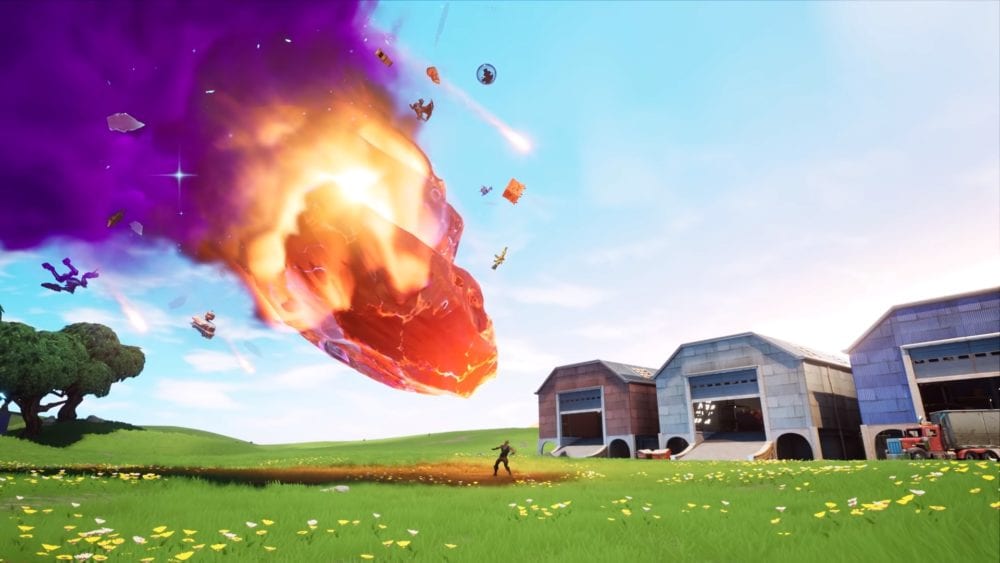 Epic Games released a brief teaser trailer today for the Season 10 of Fortnite coming later this week for all platforms.

The trailer begins with Jonesy, the somewhat titular character for the Battle Royale side of Fortnite, getting sucked into the glowing orb that is currently occupying Loot Lake since the giant robot and kaiju battle last week.

The orb explodes and Jonesy seems to be traveling through time and space itself with items and buildings from the past. Previous events such as the rocket launch, the crystal butterfly, and the giant purple cube also fly by.

He is then transported back to the Battle Royale map in front of Dusty Depot and comes face to face with the meteor that annihilated the location at the start of Season 4, frozen in the air.

Epic Games has been teasing the new season throughout the week with various images since announcing its launch date during the Fortnite World Cup on Sunday. The images and taglines for the previews have been alluding to past skins and time travel.