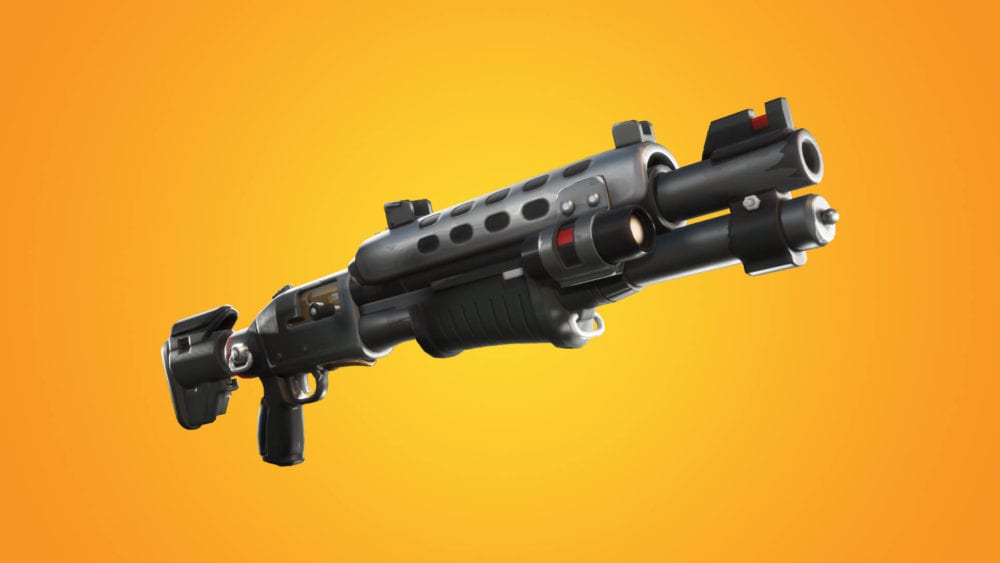 Fortnite’s 9.40 patch in Season 9 has made a number of additions and tweaks to the weapons lineup in Battle Royale, including a new Epic and Legendary Tactical Shotgun, vaulting the Suppressed Bolt-Action Sniper, and also further nerfing the Combat Shotgun introduced this season.

The patch notes come via the Epic Games site, with the new rarities of the ever-popular Tactical Shotgun front and center. Dealing 83 and 87 damage respectively, the Epic and Legendary versions will fire 1.5 shots per second and have a headshot multiplier of 2.25. That’s almost 196 damage from one headshot on the Legendary version.

These rarities can be found in all the usual places, including floor loot, Chests, Supply Drops, Loot Carriers, and Vending Machines, as well as any players you eliminate that had already picked one up. It’ll also hold eight shells, so you’ll be able to unload the clip in just over five seconds… noice!

The 9.40 update also makes some changes to existing weapons. The Semi-Auto Sniper Rifle now has reduced zoomed while aiming down the scope, while the Combat Shotgun has had its headshot multiplier nerfed from 1.7 to 1.5, and its damage falloff curve has been significantly altered.

Epic Claims that these changes are to make the Combat Shotgun feel more in line with other shotguns, while still retaining what makes the weapon so unique.

Finally, one of the notable gameplay improvements in Fortnite’s 9.40 update ensures that picking up an item that fills a stack won’t cause you to drop your currently equipped weapon for the overflow. Instead, the overflow of the fully-stacked item will be dropped.

Similarly, players now auto-pick up consumables that are already in their inventory and not maxed out.

Fortnite’s 9.40 update is now live on PS4, Xbox One, PC, Nintendo Switch, iOS and Android devices. You can check out our Season 9 guide wiki for tips, tricks, and guides for all of the weekly challenges from this season.