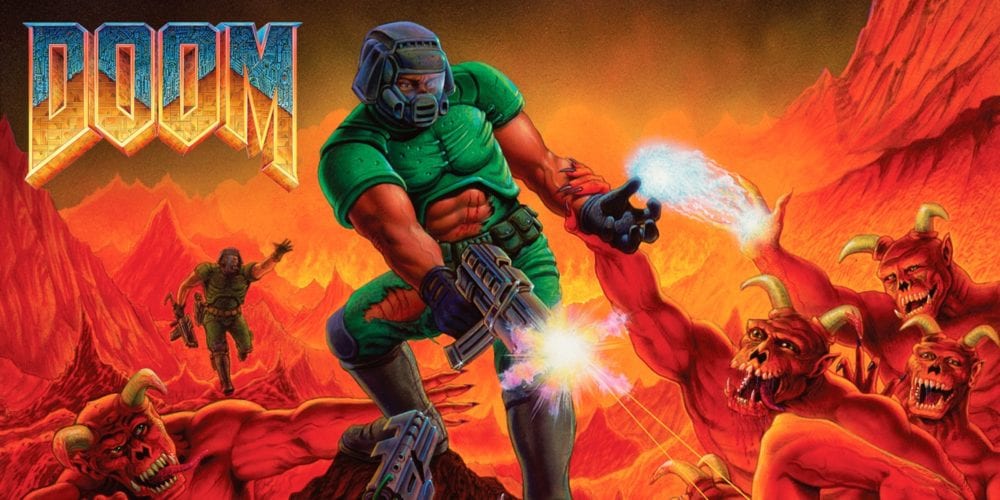 Smack dab in the middle of QuakeCon 2019 —or DOOMCON as Bethesda calls it— Doom came to the Nintendo Switch and left just as quickly.

Earlier today and with zero fanfare, Switch versions of the original Doom trilogy appeared on the UK Nintendo eShop. The games were available for approximately half an hour before they were taken down, and they never even made it to the US eShop.

While the Doom games were up on the eShop, their store pages promised plenty of demon-slaying action, as well as a few bonuses. Doom 1 and 2, for instance, included local 4 player co-op and deathmatch modes. More importantly, the games featured their respective expansion packs, Episode IV: Thy Flesh Consumed and The Master Levels.

Meanwhile, Doom 3 would have finally delivered the “action-horror re-telling of the original DOOM” for the first time on any Nintendo console. And, like the other games, it was bundled with its expansion packs, Resurrection of Evil and The Lost Missions. However, due to a lack of screenshots, we don’t know if this iteration of Doom 3 was a port of the original version or the BFG Edition which features cleaner graphics and a permanent flashlight.

Even though all three games and their expansions were temporarily available on the Nintendo Switch to celebrate Doom’s 25th anniversary (as stated on the game’s store page), the reason behind their removal is a bit of a mystery. Perhaps someone at Nintendo’s UK branch was a little too trigger happy and released them a tad early, which might explain why the US eShop never displayed the titles. With any luck, the games will be up and running on all Nintendo eShop storefronts later today. After all, the original pages list the games’ release dates as “26/07/2019”.

For more Doom news and updates, stick with Twinfinite.

*Edit*
Well, that didn’t take long. Shortly after this article was posted, Bethesda officially announced the re-releases of Doom 1-3, complete with a trailer. Not only are the games now available on the Nintendo Switch, they are also on the PlayStation 4 and the Xbox One. Plus, the first two games can be purchased on Android and iOS devices.