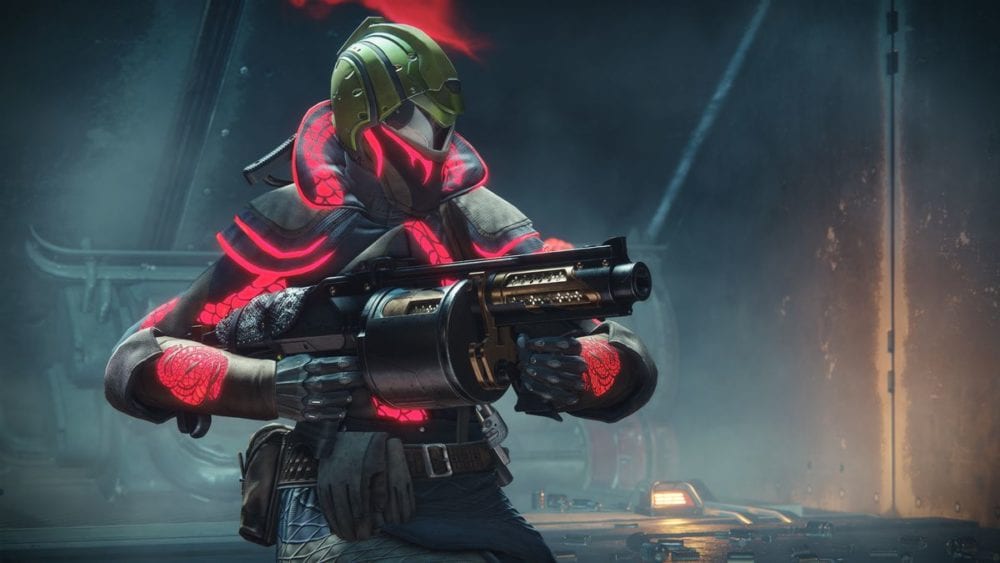 Destiny 2’s Season of the Drifter added new Gambit Prime themed armor that provides unique armor to players willing to play a specific role on the team. It was a neat addition that likely made many sweaty Gambit fans very happy. The notorious class of armor is the best version of the role armor you can get. Here’s how to get notorious armor in Destiny 2 from The Reckoning.

How to Get Notorious Armor for Gambit Prime in Destiny 2

The first thing you need to get started on is upgrading the Synthesizer that you get from The Drifter in his dwelling in the Annex of the Tower. This is a weekly quest that will upgrade your Synthesizer from blue to purple.

Once you have access to the most powerful version of the Synthesizer, you’ll be able to create powerful motes to insert into the bank prior to starting a run of The Reckoning which will drop random pieces of notorious armor when inserted.

Let’s back up a second though and explain a few of these terms in case you’re really behind.

Upgrading the Synthesizer in Destiny 2

The Synthesizer is a tool pursuit item given to you by The Drifter provided you have the Annual Pass purchased. The Drifter has a lot of bounties, but each has an offer to upgrade your synthesizer to a more powerful version so make sure you complete all of them.

Although notorious armor is for use in Gambit, it is obtained in The Reckoning. This is a PvE event where you and other players have to clear a group of enemies as quickly as possible in order to access more difficult waves of enemies culminating into a boss encounter.

Tier 3 of The Reckoning

There are three tiers of The Reckoning in Destiny 2 and in order to get notorious armor, you must be playing on the third and hardest tier.

Before a match of The Reckoning, you have to insert a mote for the armor set that you want (Sentry, Invader, etc.) and once you have the highest tier of Synthesizer you can create a powerful version of the mote that consumes three synths instead of the usual one.

Insert the mote on the right side of the bank to use the powerful version. Armor synths are obtained by playing Gambit Prime and complete the Gambit Prime bounties each day/week.

Once you’ve done all that, and complete a Tier 3 Reckoning run, you’ll get a random piece of notorious armor for Gambit Prime.

It’s RNG based so you need to keep trying. In order to get the helmet at first though, you’ll need to complete the weekly bounty from The drifter specifically for notorious armor. Once you possess at least one, you can get it via RNG as well.

Hopefully, that clears up how to get notorious armor in Destiny 2. If something is still a bit confusing let us know in the comments below.