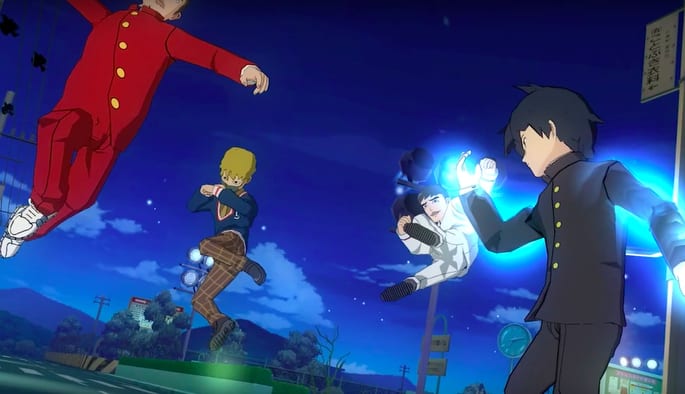 Revealed via a press release from the company, the game is centered around the characters and universe of the anime and manga series of the same name.

In it, players can amass a team of up to five characters from the show. Each has their own move sets and abilities to utilize, and can unleash a special finisher with a cinematic unique to the character.

Once players have their team of choice assembled, they can do battle with spirits in turn-based battles and explore iconic locations from the show. All the while, characters sound off with dialogue given by the characters’ original voice actors.

Though Mob Psycho 100: Psychic Battle is currently slated for a Fall 2019 release, the game is scheduled to have a demo available at this year’s Anime Expo from July 4-7.

Likewise, those interested can pre-register for the game now via Crunchyroll’s official games page.

The announcement also came with a teaser trailer, which can be viewed down below.

In it, the young Mob struggles to come to grips with his immense psychic powers, trying to strike a balance between embracing them and living out a normal, ordinary life.

This is made all the more complicated as he is dragged into all sorts of conflicts and confrontations caused by his psychic powers, from attracting the attention of spirits to duking it out with nefarious psychic-powered organizations out to recruit him.

It’s an odd series to say the least, but one well worth the popularity it has garnered. To see what all the fuss is about, or to catch up on the series before Psychic Battle releases later this year, feel free to check out every available episode on Crunchyroll.