Google announced on today’s first ever Stadia Connect that their game streaming service will cost $9.99 a month with a Stadia Pro subscription. That doesn’t sound like a bad offer — unless you’re on a strictly limited data plan with your internet service provider.

PCGamer reported that Google Stadia will use up 1TB of data for every 65 hours you stream games in 4K. While Google didn’t mention anything about data caps, they provided a scale of internet speeds you would need to download your games. 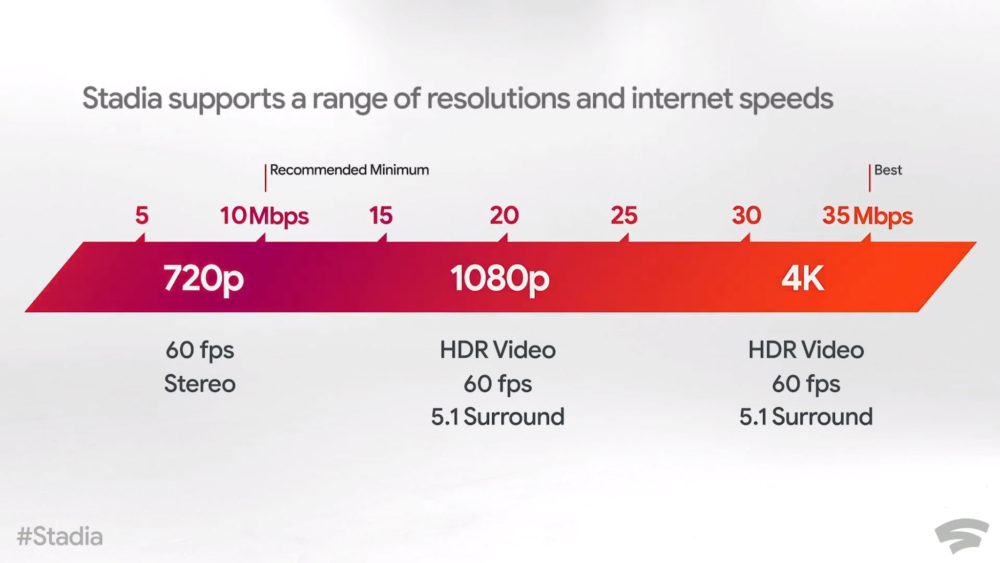 It all adds up to 1TB after streaming games at 4K for 65 hours per month, assuming you don’t budget that data for binge-watching every movie and TV show on Netflix. If you have Comcast, which puts the 1TB cap for data in most US markets, you’ll have to pay an extra $50 or more if you play over the 65-hour limit each month even with the unlimited data plan.

To see more coverage of Google Stadia, including all the games slated for release on the service, keep it here on Twinfinite.