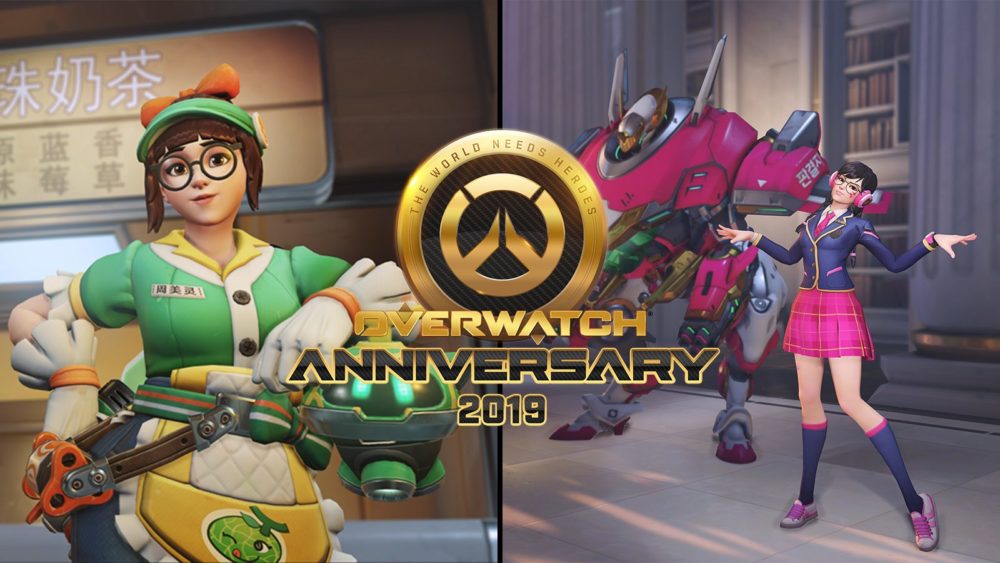 To mark their third anniversary, Blizzard has announced that players will earn double EXP when jumping into Overwatch matches during the period of June 6-10 for their Anniversary 2019 event.

Players can earn and unlock new skins, dances, sprays and more during the event, and you can find a full list of the Anniversary 2019 skins right here. The event features all past seasonal cosmetic items, as well as most of the past seasonal brawl including those found in Overwatch Archives – Storm Rising.

In previous years, Anniversary events have brought new maps and skins to the game, building upon the solid base that has kept players dialed into every update. Along with a variety of cosmetic items and unique loot boxes, competitive variants of existing modes and the chance for items from previous anniversary events to drop.

Since its launch back in 2016, the game has attracted more than 40 million players, with no signs of slowing down anytime soon. The professional league is intensely competitive and the Overwatch League is one of esports’ biggest draws, with matches viewed by hundreds of thousands of fans worldwide.

Blizzard has also recently added a fully-fledged replay system to the game, which is a godsend for the professional community and those looking to up their game, and you can read all about it right here.

For everything else Overwatch, keep an eye on Twinfinite.