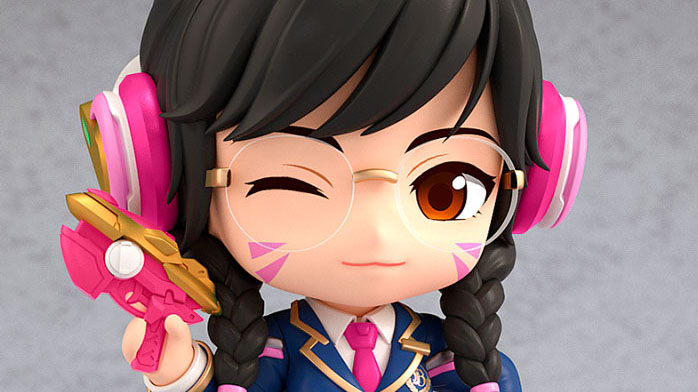 Tokyo-based figure manufacturer Good Smile Company just made another of its Nendoroid figures available for pre-order, and this time around, it’s D.Va from Overwatch.

Since Nendoroids are already devilishly cute, Good Smile decided to up the ante and portray one of D.Va’s most adorable skins, the Academy one.

You can already find the pre-order available on several retailers, including Good Smile’s own storefront.

“From the globally popular multiplayer team-based shooter Overwatch® comes a brand new Nendoroid in celebration of the game’s third anniversary – D.Va: Academy Skin Edition! This Nendoroid figure captures all of the cuteness of Academy D.Va in her uniform, and features three interchangeable face plates as well as removable glasses, allowing for various display options.

Pose Academy D.Va in combat using her light gun, or jumping into action with her MEKA unit. The striking gold accents of both her gun and the posable miniature MEKA have been captured in stunning detail. Be sure to display her with the previously announced heroes in the Overwatch Nendoroid series!”

If you want to see what she looks like, you can enjoy a batch of pictures below. If you’re interested in Overwatch figures, Good Smile also recently announced a Figma portraying McCree. He’s definitely not as cute, but I don’t judge.

If you’d like to learn more about how Nendoroids are made, you can check out our recent interview focused on Ann Takamaki from Persona 5.