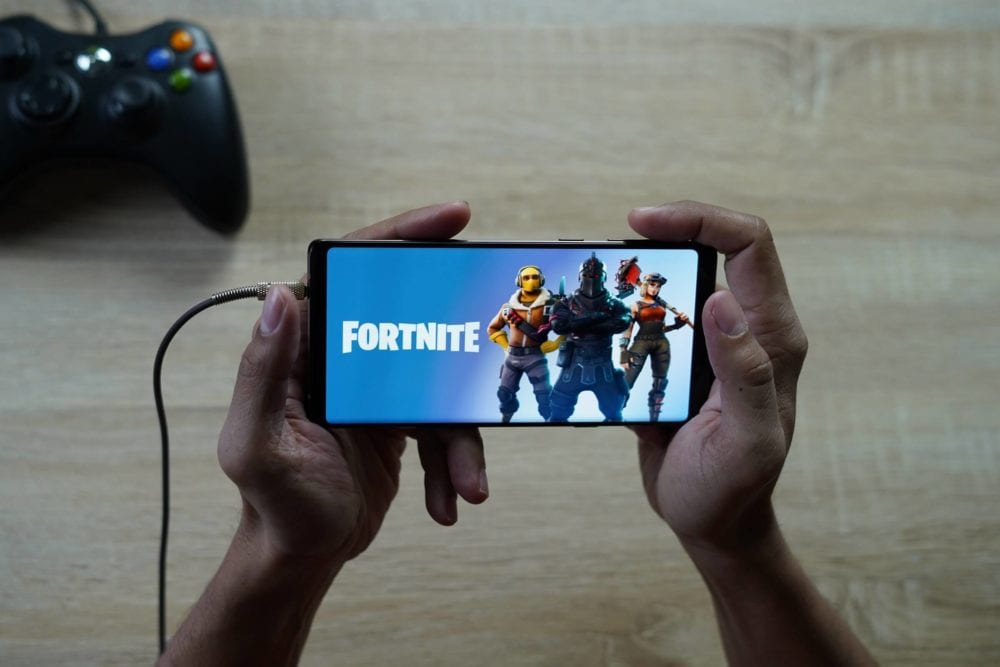 Market research firm Newzoo has today released its annual global games market report, which draws on primary research to analyze current market trends and forecasts with supporting metrics and commentary over the next three years. The company believes the games industry will generate $152.1 billion of revenue in 2019, driven mostly by the mobile and console market.

“There are now more than 2.5 billion gamers across the world. Combined, they will spend $152.1 billion on games in 2019, representing an increase of +9.6% year on year,” Senior Games Market Analyst Tom Wijman said in a blog post today.

He goes on to break down the trends shaping the performance of each gaming platform over the coming years. Of particular note is the impact that China’s regulatory freezes are to have on the growth of mobile gaming, and the pace of regional growth.

“Console will be the fastest-growing segment this year, growing +13.5% year on year to $47.9 billion in 2019. This is the second year running that growth in console games will outpace mobile gaming growth, after last year’s regulatory changes in China, as well as the absence of new global blockbusters, signaled slowed growth for mobile games”

PC is to remain the smallest with the least overall growth, increasing +4.0% year on year to $35.7 billion. 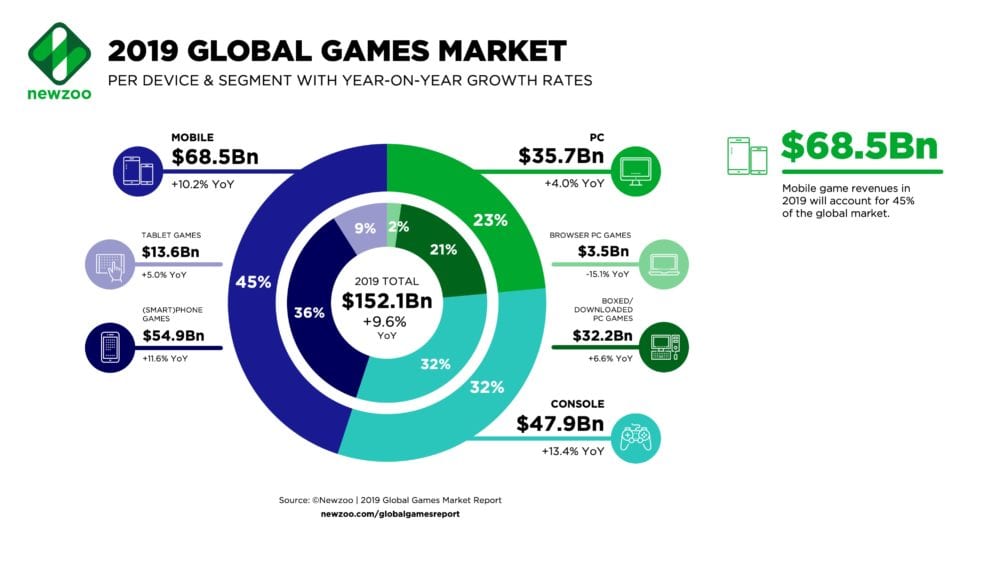 As mentioned earlier, the impact of China’s regulatory freezes last year are starting to be felt across the market. The knock on effect means that the US will overtake China as the world’s largest gaming market by revenue in 2019.

“Overall, the U.S. games market will generate $36.9 billion this year, predominantly driven by its +13.9% growth in console game revenues. At $18.5 billion, console represents more than 50% of the total games market in the U.S..”

Meanwhile, China’s nine-month licensing freeze on new games, as well as measures to reduce screen time among children, are still felt throughout 2019.

Publishers, however, are now able to monetize their new games once more, but the consequences of the freeze and new approval process will still impact growth in the Chinese market this year.”

Moving forward, Newzoo forecasts a continued healthy upward trajectory for the games market, which will see the most growth on the mobile platform.

“Mobile gaming will generate revenues of $95.4 billion in 2022 and account for almost half of the entire games market. This will be driven predominantly by smartphones, with revenues of $79.7 billion by 2022.”

As for consoles, “revenues generated by the console segment will reach $61.1 billion in 2022, increasing with a CAGR of +9.7%.” A dip is predicted across the second half of 2019 to 2021 as the next-generation of Xbox and PlayStation hardware arrives and spending on software eases temporarily.

“Growth in mobile game revenues will continue to outpace growth on PC in the coming years, resulting in a shrinking PC market share toward 2022. Mobile will also outpace console’s revenue growth; yet, console’s market share will remain relatively static.”

Newzoo’s report is based on consumer research surveys of 62,500 invite-only respondents across 30 countries. You can read more highlights from the report summary here.