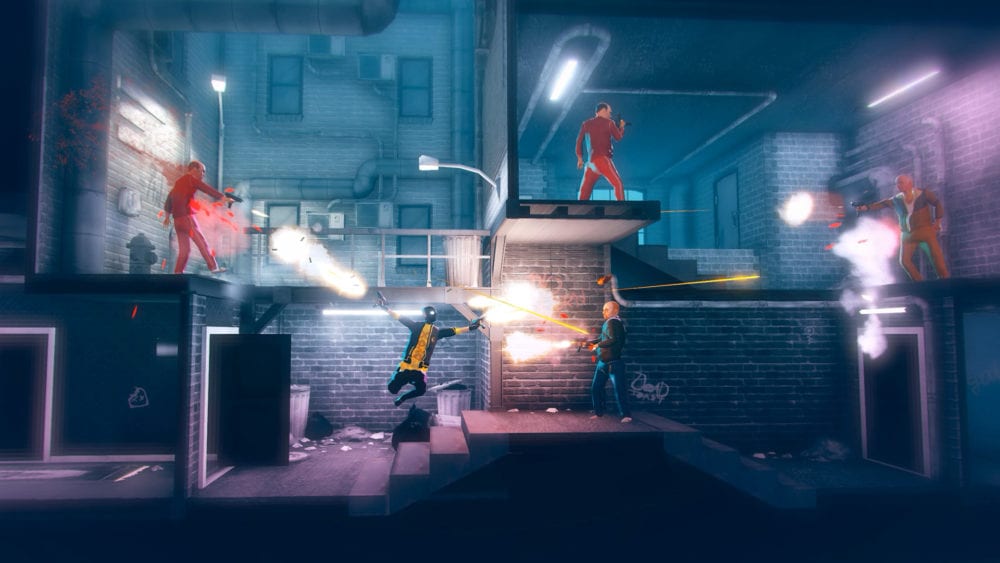 My Friend Pedro is a curious little game. Published by Devolver Digital and developed by DeadToast Entertainment, it is an action packed, funny side scroller that’s been known about for a while. If the game interests you, you may be wondering what platforms it is coming to. Well, here’s everything you need to know about whether My Friend Pedro is coming to PS4 and Xbox One.

Will My Friend Pedro Get A PS4 & Xbox One Release?

As of the time of this guide’s writing, My Friend Pedro is only due to come to PC and Nintendo Switch, releasing on June 20, 2019. Right now, Devolver seems to have a console exclusivity deal that will see it launch on Nintendo’s hybrid console only.

However, that does not mean that My Friend Pedro will never come to other consoles. No news has been revealed yet, but it is entirely possible that the exclusivity deal is timed in some way, which would allow it to come to PS4 and Xbox One.

Of course, that is purely speculation on our part, but don’t lose hope if you’re wanting to play My Friend Pedro and do not have a Nintendo Switch.

Since it has been developed to run on the Switch, either in handheld or on a TV, there is no question that it could be ported to the more powerful consoles. It certainly won’t be a title that requires more power than the Xbox One and PS4 can offer.

Of course, if we hear anything about a PS4 or Xbox One release date, or news on the console exclusivity terms, we’ll be sure to update you here.

That’s everything you need to know about whether My Friend Pedro is coming to PS4 and Xbox One. For more on the game once it releases on Switch and PC, be sure to search for Twinfinite.