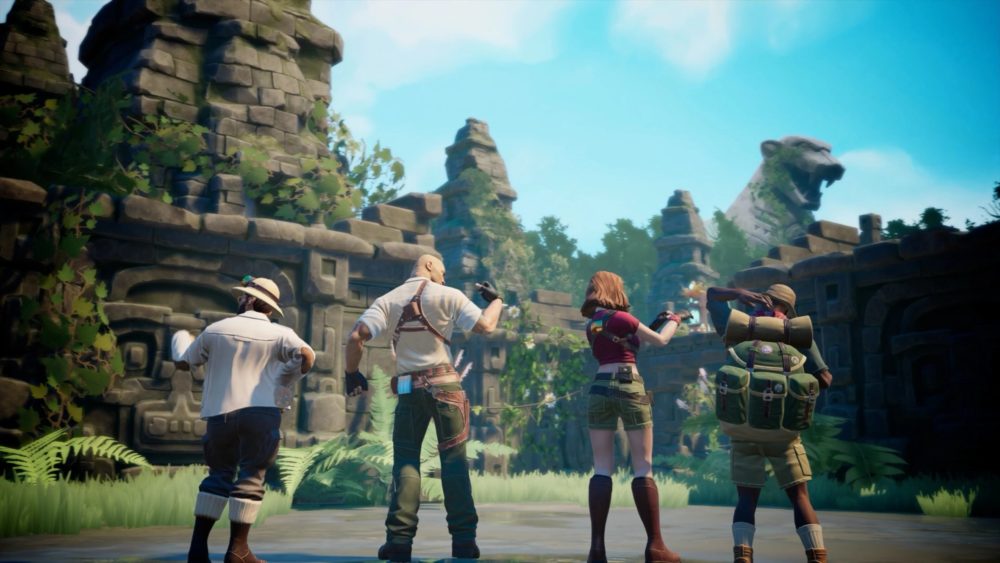 In today’s biggest surprise announcement it turns out that the 2017 film, Jumanji: Welcome to the Jungle, will be getting its very own video game adaption. Coming from Bandai Namco, Outright Games, and developer Funsolve, Jumanji seems to be a four-player action adventure title, tasking players with solving a variety of puzzles.

Funsolve has previously developed games like Newton Chronicles and Samsara.  An official teaser trailer was released to announce the game, and you can find a bit more of a description from the press release below.

“Unite with up to three friends on this hilarious adventure in online or split-screen modes, as you tackle all new Jumanji environments and choose your hero from Dr. Smolder Bravestone, Ruby Roundhouse, Franklin ‘Mouse’ Finbar or Professor Shelly Oberon and combine their unique abilities to keep one another alive.”

With E3 2019 just around the corner, we can probably expect to hear more new on the game soon.

Jumanji is scheduled to release on November 15 for PlayStation 4, Xbox One, Nintendo Switch, and PC.

What do you think of this surprise announcement? Is a Jumanji game something that you’d be interested in playing? Leave a comment down below and let us know what you think.