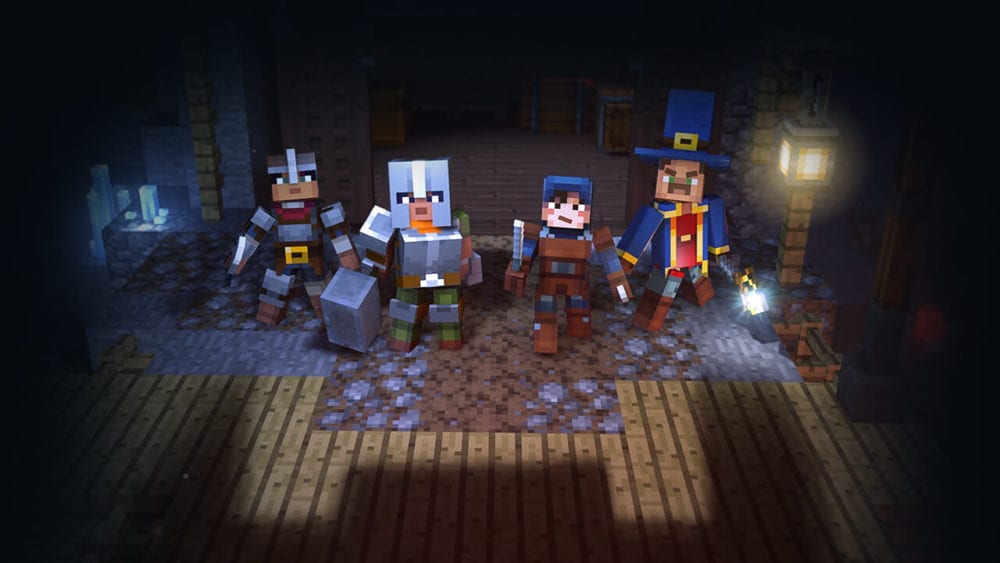 Minecraft Dungeons, the all-new title in the Minecraft series that’s inspired by old-school dungeon crawlers, was re-revealed during Microsoft’s E3 press conference. Aside from giving everyone watching some information on the release window, the new trailer didn’t say a huge amount. With it being part of Microsoft’s conference as well, you’re probably wondering what platforms it is due to come to. Here’s everything you need to know about whether Minecraft Dungeons is coming to Nintendo Switch.

Whether Minecraft Dungeons Will Release on Nintendo Switch

We’ve actually got good news, the game will come to Nintendo Switch. Just because Microsoft acquired Mojang, making the studio part of Xbox Game Studios, it does not mean that Minecraft content will no longer come to other systems.

The new title will come to Xbox One, PC, PlayStation 4, and the Nintendo Switch, allowing you to take the dungeon crawling adventure on the go with you.

If you’re not familiar with the game, you are able to fight cooperatively online and locally against groups of enemies as you make your way through top-down levels.

There will be all the weapons, abilities, and loot that you’d expect from a classic game in the genre.

A concrete release date has not been announced for Minecraft Dungeons as of yet, with Spring 2020 being the closest date we have.

It was initially planned to release in 2019, but the section dedicated to the game during the E3 press conference confirmed the slight delay.

Of course, as soon as we know what the release date is, we’ll be sure to update you here. As far as we know, Minecraft Dungeons will come to the Switch at the same time as the other platforms.

Neither Microsoft nor Mojang have said anything that suggests differently.

That’s everything you need to know about whether Minecraft Dungeons is coming to Nintendo Switch. For tips and tricks on the game once it releases, be sure to search for Twinfinite.