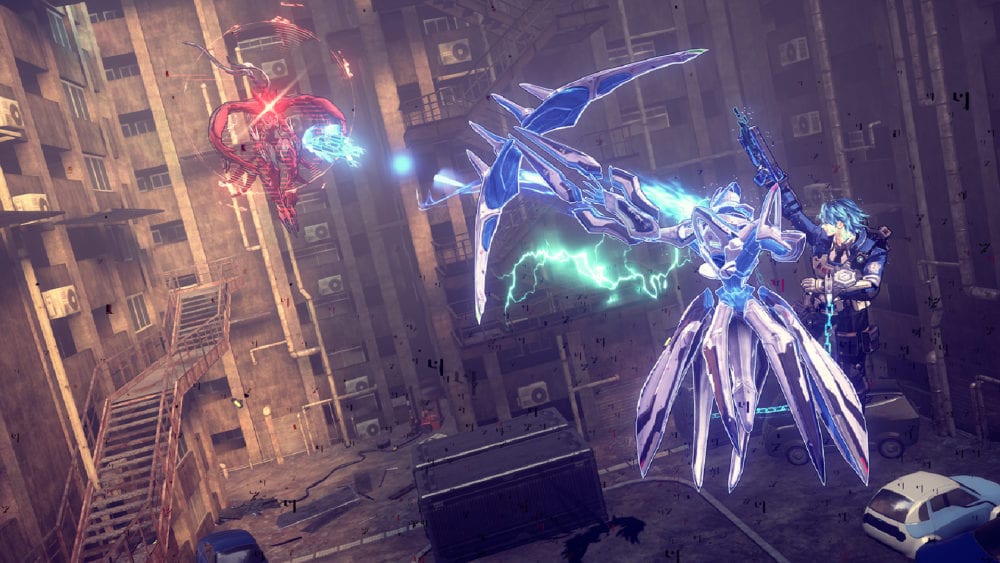 Given the promising first impression the title has made on the gaming community, PS4 owners wouldn’t be blamed for wondering if Astral Chain is coming to PS4.

Will Astral Chain Come to PS4?

The latest project from prolific hack-and-slash action game developers PlatinumGames, Astral Chain has already made a name for itself via trailers with stunning visuals and fast-paced gameplay.

Players do battle with mechanical monstrosities using melee weapons, fire arms and summoned allies, all while ducking and weaving out of the way of attacks dished out by enemies in return.

And yet, all of the footage revealed thus far has been for the Nintendo Switch version of the game, and for good reason: Astral Chain is currently planned to be a Nintendo Switch exclusive.

It’s a bit of a bummer, but it’s far from a surprise. After all, PlatinumGames has made several platform exclusive titles for Nintendo in the past, including The Wonderful 101 and Bayonetta 2.

There’s also the fact that Astral Chain is a new IP. As promising as its initial trailers may be, there’s no prior proof that its concepts and premise will catch on with players and ensure a modicum of releases.

As such, PlatinumGames needs to take certain steps to improve the game’s chances of success, limiting the scope of its release and working with bigger publishers to get it to an audience as necessary.

For Astral Chain, this appears to have meant working with Nintendo and making it an exclusive to the Nintendo Switch. While this may have meant not developing ports to other consoles, it did secure Nintendo’s backing and audience.

As for whether this will ever change, chances are slim.

While Nintendo has had other games developed by third party developers in the past, few if any have seen ports of their work to other consoles in recent years.

It would also be strange for Nintendo to let go of the title’s exclusivity, given how heavily it has been marketed as a Nintendo Switch exclusive in recent months.

All the same, the chances aren’t an absolute zero. If prospective fans so choose, they’re more than welcome to hold out for a port and forego shelling out the cash for a Switch version of the game.

Hopefully this cleared up whether Astral Chain is coming to PS4. For more on the game, check out our coverage of what the game’s concept was originally pitched as (and how it changed into what it is now).