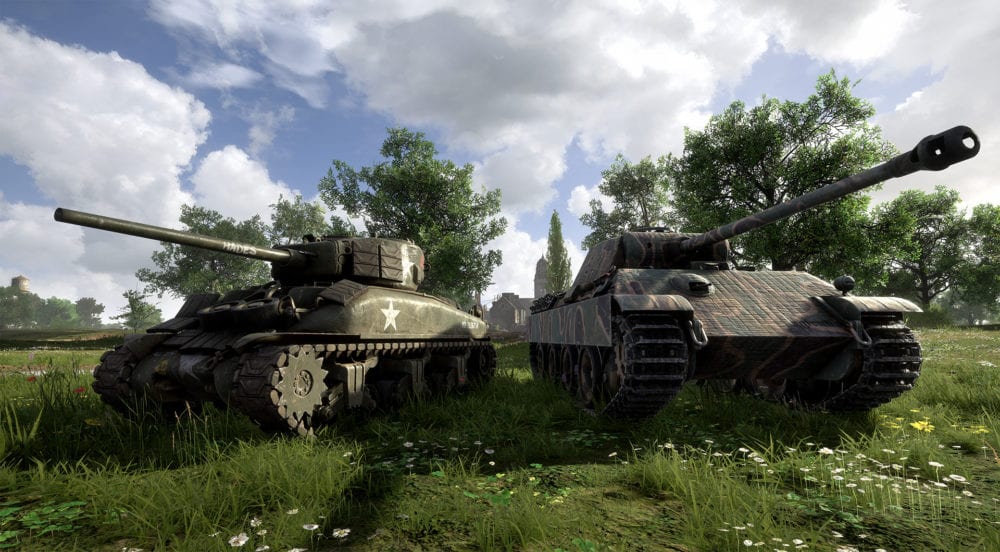 Hell Let Loose is among the most realistic WW2 shooters you can play today, featuring a rigid class system that assigns each of the 50 players per server a specific role on the battlefield. If you’ve been battling your way across Northern France as part of the infantry but always wondered how to get a tank in Hell Let Loose, here’s what you need to know.

How to Get a Tank in Hell Let Loose

Playing Hell Let Loose as part of a tank crew can be quite confusing and a little intimidating. Because the game commits to its philosophy of extreme realism, you’ll sometimes go through entire battles without seeing a single enemy or even knowing if you’ve actually hit anything.

That being said, if you communicate and coordinate effectively with your teammates, playing the game as tank crew can also be hugely rewarding and exciting.

The first thing to know about how to get a tank is that you’ll need to join the Armor role before jumping into a server. From the main menu, find a server and then select “Roles” and then find “Armor,” then join up with a crew.

You won’t be able to get into a tank if that isn’t the role you’ve selected before joining the battle.

When you join the armor team, you can either be a tank leader or a crew member.

Leaders have a primary and secondary weapon, as well as binoculars, and their role is to direct and command vehicles to move and hit enemy targets. A crew member, on the other hand, only carries a pistol, and their role is to actually operate the vehicle, either driving the tank or firing its gun.

Each tank has three “seats,” which basically represents all three roles per vehicle –commander, driver, gunner

Once you have joined a faction, selected your role, and then joined the battle, you’ll immediately want to locate your tank as soon as you have spawned. From the HQ, make your way to a nearby tank, which if not visible and obvious, can be found by heading towards the three seat icons you will see on your screen.

You will likely have a choice of different tanks to get into, assuming it is the start of the game.

If it is not the start of the game, your vehicle may not be located at the HQ. Therefore, you’ll want to open your map and look for the tank symbol and head in that direction. Make sure you deploy yourself to the spawn point nearest to a tank.

If you see a tank with an empty seat out on the battlefield, you can join that crew by approaching the vehicle and press F to get inside. From there, you can use F1, F2, and F3 to switch seats, depending on what is available.

That should be everything you need to know about how to get a tank in Hell Let Loose and experience vehicular combat in the game. There’s plenty more to learn, though, so for more coverage be sure to check Twinfinite.

Battlefield V Firestorm Tank Locations: How to Get a Tank
Apex Legends: Best Character to Use for Every Playstyle
Valkyria Chronicles 4: How to Upgrade the Tank (Hafen)