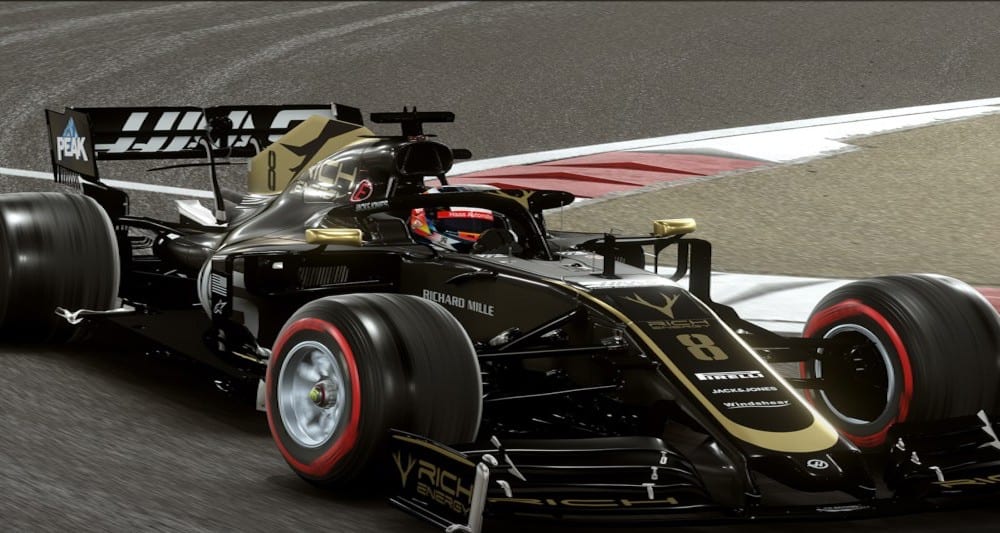 Codemasters has released a brand new TV spot for F1 2019 that shows off some of the cars available to drive and the game’s beautiful first-person gameplay.

The F1 Games From Codemasters YouTube channel lit up this morning after dropping a new TV spot for their upcoming racing game, F1 2019. Dubbed the “Official Game Trailer 2,” this trailer names a few of the types of cars players will be able to use while showing small glimpses of gameplay.

Unfortunately for hungry fans, the trailer clocks in at just 20 seconds so if you’re looking for anything extensive about F1 2019, this trailer isn’t it. However, there is some information to be gleamed from it.

The trailer starts with a few seconds of F1’s signature first-person gameplay in the form of a montage. While it’s tough to gleam which cars are being used here, these few seconds of gameplay should be enough to get any fan excited.

After that montage, the trailer flashes “Now with F2 TM,” which, as any formula racing fan knows, means F2 open-wheel racing is finally a part of the game. After that, we get a glimpse at the renewed rivalry of Prost and Senna.

Then, the trailer lets fans know that classic F1 cars will be available in F1 2019. This is par for the course of Codemasters, but we hope to see even more additional classic cars added to the roster of drivable vehicles.

After a few more flashes of cutscenes, the trailer ends with a preorder splash screen. Oddly enough, despite the release date being known for F1 2019, this trailer doesn’t include it.

For anyone that doesn’t know yet, the release date is June 28 and it’s fast approaching. The game will be available on PC, PS4 and Xbox One for $59.99.

For more information about F1 2019, be sure to search for it on Twinfinite where we’ll have news and more for it. We also have news, previews, reviews, features, guides and more for all of your other favorite games too so keep it locked to here.