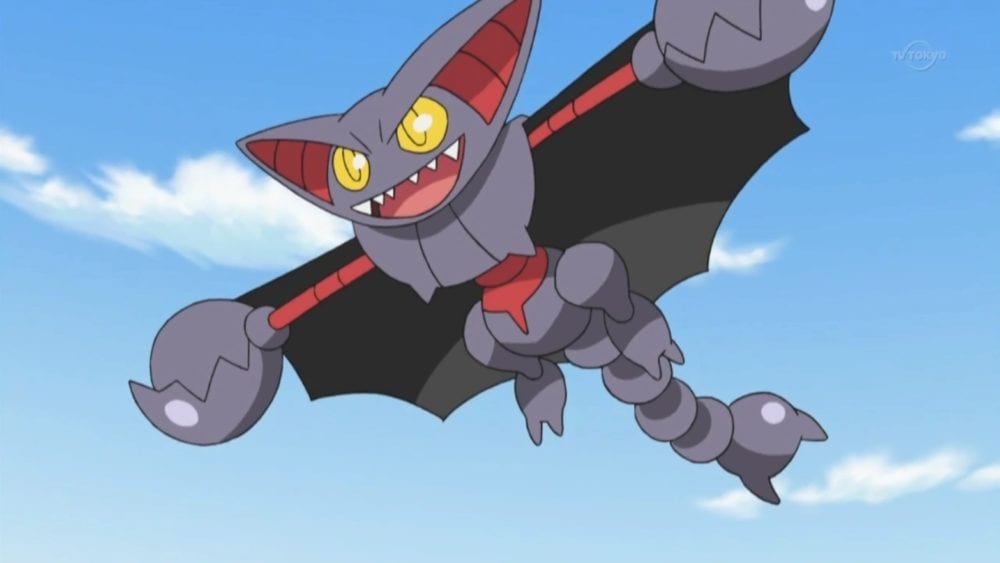 Each new generation of Pokemon games brings dozens of new Pokemon to catch. But on rare occasions, those new Pokemon aren’t new at all — they’re actually evolutions of previously existing Pokemon. That’s exactly the case with Gligar, and there’s a bit of a trick to evolving Gligar that you won’t necessarily be aware of, given that it was designed in retrospect. Here’s how to evolve Gligar if you’re confused.

Gligar is a Pokemon first added in the second generation of Pokemon games (Gold, Silver, Crystal), but its evolution, Gliscor, wasn’t added until generation four. That means if you’re playing a second or third generation game –Ruby, Sapphire, Emerald, FireRed, or LeafGreen– and wanting to evolve Gligar, you’ll have to transfer it to generation four game or later.

To perform the transfer, you’ll need to have received the National Pokedex in whatever generation three game you’re playing.

Once you’ve done that it’s over to the hardware side of things. You’ll need to insert the GBA cartridge in your DS and select the ‘Migrate’ option from the main menu of your generation four game.

From here, it’s simply a case of selecting the Gligar you want to migrate. Booting up your game, the Pokemon will be available to catch at the Pal Park on Route 221.

Now that your Pokemon is in a game that actually supports its evolution, you’ll then need to find the right materials to make it all happen. The item you need is called a Razor Fang, and it has different locations depending on which game you’re playing.

Once you have acquired the Razor Fang, give the item to your Gligar, which must be holding the item to evolve.

Next, wait until nightfall, since Gligar can only evolve at night time. The time that your game automatically switches to being nightfall depends on the version of the game, but it is typically 8pm-4am.

The final piece of the puzzle is to have Gligar level up while he is holding the Razor Fang at night time. It doesn’t matter what level your Pokemon is; simply performing the above steps will see it evolve regardless. You can achieve a level up by eating a Rare Candy or battling a Pokemon Trainer.

That should be everything you need to know about how to evolve Gligar in Pokemon. For more information and guides on the series, be sure to search Twinfinite.